Editor's note: Anderson visits victims of the famine at a local Mogadishu hospital.

Editor's note: Dr. Sanjay Gupta is in Dadaab, Kenya at the world's largest refugee camp, where malnutrition is colliding with disease.

Editor's note: Anderson talks to U2 lead singer and cofounder of ONE, Bono, and Somalian singer K'naan about the famine in Somalia. 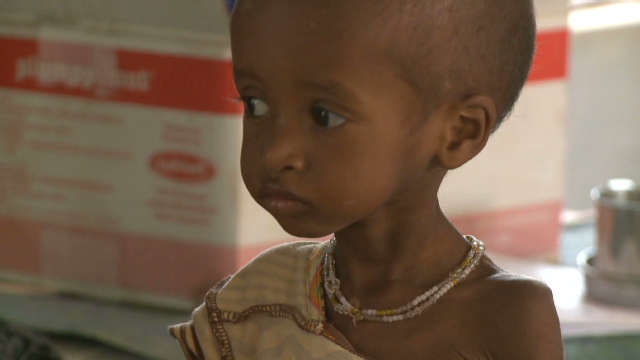 Stocks took a beating on Wall Street, yet again. The Dow plummeted 520 points. Tonight on 360° we'll look at what's fueling the sell-off and what it means to your bottom line. Plus, Anderson reports live from Somalia where 600,000 children are at risk of starvation. 600,000. Anderson will show you just how great the need is in Africa and see how you can help. All that and more tonight on the program.

Reporter's Note: President Obama has occasionally complained of headlines that he considered unfair; now one of his challengers for the Oval Office appears to be getting the same treatment.

Everyone (well, not everyone, but a lot of folks) seem to be all lathered up over this Newsweek cover showing Michelle Bachmann as the Queen of Rage. Some are calling it unfair. Some are calling it sexist. They have their points, I suppose, but I’m not sure this is something for people to burn all their powder on.

From where I sit, any time you are running for a great big political office and you are featured on the cover of a magazine, it’s good news; unless the headline says “OJ Finds the Real Killer!” After all, your mere presence on the cover also says, “This is a person whom we should watch. She matters.”

I’ll admit that the photo of Ms. Bachmann does make her look a little loopy; eyes all wide and serial-killer-ish. Maybe her campaign has a genuine beef with that.

I suspect, however, that the headline is the bigger problem. In my experience, a lot of people on the right have grown tired of being portrayed as “raging” or “insane” just because they object to D.C.’s way of doing business. Those words seem custom cut to evoke images of gun-toting rednecks who are intolerant of progress or even simple change, and that is emphatically unfair; plenty of people I’ve met on the right side of the political spectrum are strongly anti-government, and yet reasonable, calm, and thoughtful in their views.

When you were running for office and heaving flaming buckets of rhetorical oil at the Republicans, I don’t remember any headlines that said you were full of “rage,” and I suspect you would have objected if there had been.

Still, like I said, I’m not sure this one magazine cover is worthy of as much discussion as it is getting. After all, I suspect you and all your challengers are going to face much more insulting headlines before this rising election is over. 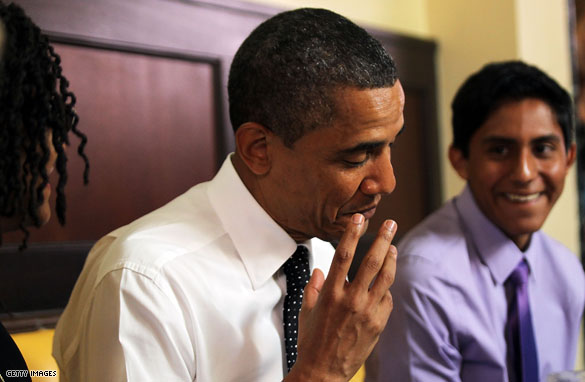 Viewer
"I miss the days when all they had to complain about was my birth certificate."
Janine from PA

Staff
"I'll have the humble pie, a side of crow and might you have any sour grapes or pickles?"
Kat Kinsman

Cooper: 600,000 children are on the brink of starvation

600,000 children are on the brink of starvation, according to the United Nations. 600,000 children. That should be a headline in every paper, every newscast, every day as long as this famine lasts. It won't be of course, because we've come to accept these catastrophes as somehow inevitable events that we can't do anything about until it's too late. That's not true of course, but it's the way many perceive it. It isn't until we see pictures of dying children that we feel compelled to take action. Sadly those pictures aren't hard to find in Somalia today.