Editor's Note: CNN's Anderson Cooper talks to John Chambers, the man behind the decision for the S&P downgrade.

Breaking News: S&P has downgraded the U.S. credit rating to AA+ from AAA. "The downgrade reflects our opinion that the fiscal consolidation plan that Congress and the administration recently agreed to falls short of what, in our view, would be necessary to stabilize the government's medium-term debt dynamics," the agency said about the move. We'll talk with the head of S&P. Plus, we have reaction from Obama administration officials and the Treasury. As you might imagine, they're not happy. Plus, what this all means to your bottom line. We'll also have tonight's other headlines. 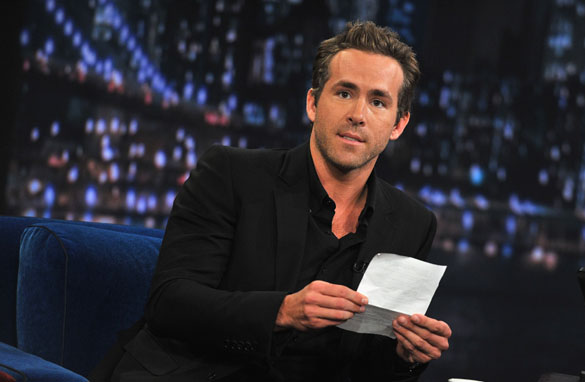 Staff
"Roses are red,
Violets are blue,
Scarlett Johansson,
You are no longer my boo."
-Elise Miller

Reporter's Note: As if the president did not have enough to fret about, now the stock market is a wreck. But then, as I ask in today’s letter, is that as worrisome as it appears?

I must admit something that probably makes me look like an idiot. While professionally I have to keep an eye on what happens with the stock market, on a personal level I pay almost no attention to it. Zilch. I decided long ago that I could follow each up and down like a ten year old on a roller coaster and make myself just as sick in the process, or I could focus on the big picture and ride out the storms…for good or bad.

Now, in this process, I’m sure I have missed opportunities to make money. I could have, no doubt, moved dollars around, shuffled my mutual fund deck, and fiddled endlessly with my 401K. But as much as I have studied such matters, I don’t believe that I really, truly know that much about why the market does what it does. Sometimes I’m not sure anyone does. So why on earth would I want to get too heavily involved in betting on the outcome?

Years ago I interviewed a man who played the market like some guys play fantasy football. He worked for the Denver water and sewerage department, or something like that, and he told me that every night for a couple of years he would come home and spend hours…HOURS…reading information, crunching numbers, and placing orders. Buy. Sell. Hold. Finally, however, he sat a little further back and really looked at the results. His conclusion? It was a fun hobby, but he would have made just about the same amount of money if he’d simply made a few reasonable, diversified investments, and left them alone.

I know that this approach doesn’t work for everyone, and God bless those people who can somehow spin gold out of their investments all the time, but I will say that the way I approach it certainly keeps me from getting ulcers. When the market soars, I don’t celebrate too much. When it plunges, I don’t grieve too much either.

So while I know what happens on Wall Street matters, I also think people should not get into too much of a lather over any short term trend. When it becomes long term, that’s a different matter and it can be well worth concern. But for now, I have to say, while I’m watching the market, I’m not worrying about it; because frankly if too many of us worry, I suspect that will only help drive it down.

I was working in New York almost all week, but I’m free today if you want to give a call. Maybe we can grab a cold soda and start the weekend early!

Editor's note: Emily Detoto, Jeffs' lawyer and Flora Jessop, a former member of his sect speak out after his verdict.

Editor's note: Anderson Cooper explains why Chris Brown has earned a spot on the RidicuList.

Editor's note: CNN's Anderson Cooper talks to HLN's Clark Howard about how America can get its fiscal house in order.