Editor's note: Congress takes a five-week summer recess, as many as 74-thousand workers could be without a paycheck. We're keeping "them" honest.

Congress in recess, No FAA plan: Join the live chat

As Congress takes a five-week summer recess, as many as 74-thousand workers could be without a paycheck, thanks to infighting in Washington. Lawmakers are at odds over a routine stop-gap funding bill for the F-A-A, and instead of approving a plan, they left Capitol Hill for vacation. We're keeping them honest. Plus, the prosecution has rested in the Warren Jeffs sexual assault trial, after playing another disturbing audio tape in court today. Some jurors were visibly upset when they heard it. Gary Tuchman will have a live report from San Angelo, Texas. Plus, see who we add to our RidicuList. 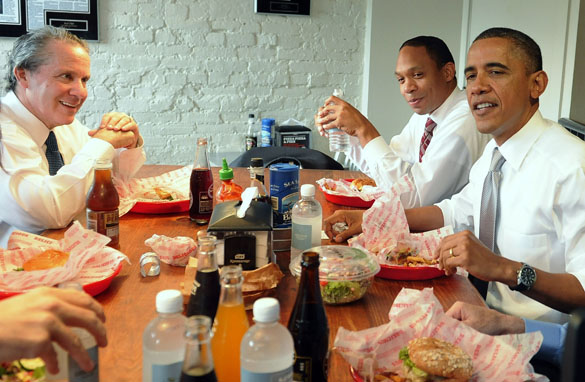 Letters to the President: #926 'What? Another fiscal crisis?'

Reporter's Note: The debt deal was done, Congress went on vacation, and later that same evening, Tom’s head exploded while writing his daily letter to the White House.

I have been ignoring this kerfuffle over FAA funding for several days because, to be honest, I simply could not believe it was going to amount to anything. I assumed (silly me) that following the bare knuckle brawl over the debt deal that the Capitol Hill crowd would not want to break anymore chairs before taking a summer break. Wrong!

Now, it turns out that because there is once again a disagreement over funding…in this case for airport workers…we have another “crisis” on our hands. I put “crisis” in quotes because it ought to mean some extremely serious, pressing, and rare matter. If a “crisis” comes up every week, I’m not sure the term makes sense anymore.

In any event, how is this possible? How can it be that with every living soul in D.C. dancing the “we need jobs” tango, we’re facing a situation that is threatening the paychecks of tens of thousands of workers? I understand that there are political differences over spending. I understand that every budget, every program, every line item is being scrutinized; but can this seriously be the solution?

We had a stray dog that started hanging around our house one time when I was a kid that simply refused to learn anything; we fed it and gave it the reasonable care that anyone should afford a lost animal, but it would not stay out of the garbage, it would not foreswear digging in the garden, it would forever chase cars and try to run into the house if you left a door open for even a second. It was irritating, and we were all happy when one day that dog took off as mysteriously as it had arrived.

But that was a dog. We could tolerate its obstinate refusal to change its ways.

We’re talking about Congress here. And it seems as if it is time for some new tricks, because the old ones are wearing thin.