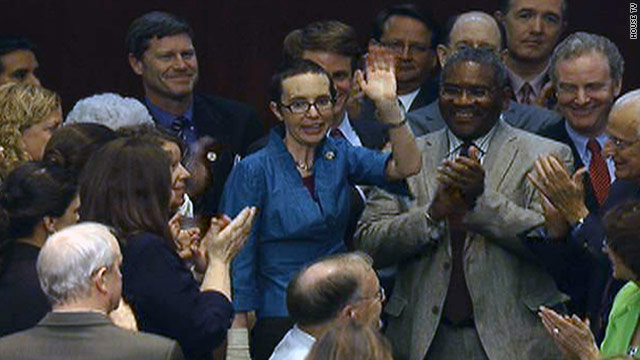 Rep. Gabrielle Giffords returned to House floor Monday night for the debt vote. It was her first time on the floor since she was shot in January.
August 1st, 2011
09:45 PM ET

The Senate will vote tomorrow on the compromise debt plan. The announcement comes after the House approved the legislation tonight in a 269-161 vote. In the House, there was a big applause when Rep. Gabrielle Giffords showed up to vote on the plan in her first return since being shot in the head in January. We'll have the breaking developments from Washington. Plus, new bloodshed in Syria and more. 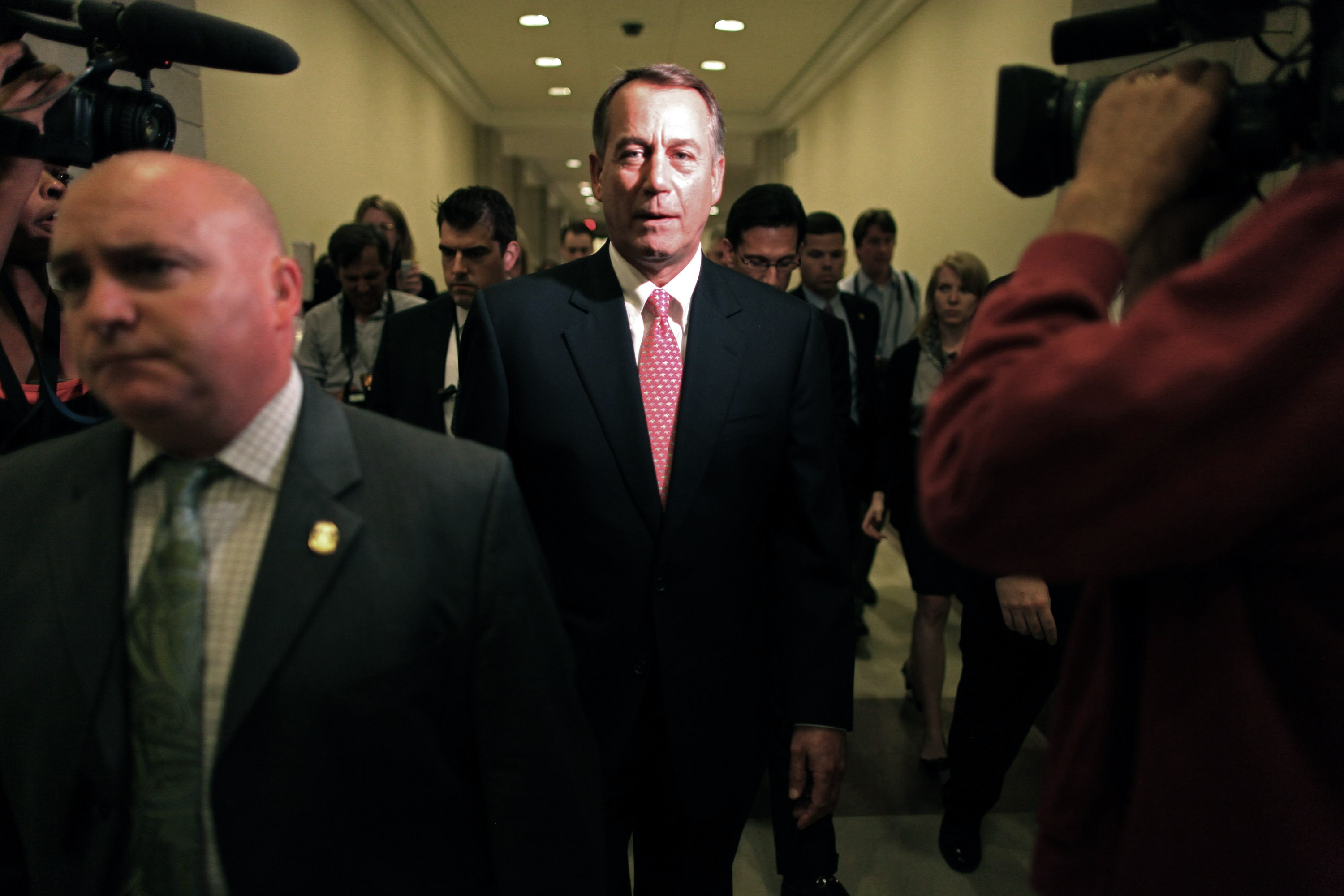 Staff
Jarman Day-Bohn
“Today, Boehner put away the bronzer and let the flashbulbs do the work for him.”

Viewer
Natalie
“Burning down the house.”

Letters to the President: #924 'The Aftermath'

Reporter's Note: A debt deal seems imminent. I’m sure the president is waiting to see the vote, but in the meantime, perhaps he’ll read today’s letter.

Well, it finally appears that you and the Cap Hill gang are actually, maybe, possibly closing in a deal to avoid bouncing the federal checkbook across the Potomac. Good luck with that. Seems like this debate has been going on forever, doesn’t it? Hang in there. I often find that my biggest projects appear to be finished long before they actually are, and that success depends on enduring the final hours of niggling details. It’s no fun, but it is necessary.

Of course there is an ocean of analysis coming at you right now; “experts” on the left saying that you gave away everything and the kitchen sink, on the right saying you’re still spending the country into oblivion. It’s ugly.

But truth be told, I’m not sure anyone knows how this will play out. At first blush it does appear that your party took a beating. Specifically, the Tea Partiers seem to have held an axe above the bargaining table and everyone…Democratic and Republican seems to have flinched; and that flinching seems to run in the Republicans’ favor.

But that is today.

I’ve watched a lot of apparent losses in DC turn into wins down the line. And I’ve seen some victories wind up as defeats as time draws on. For example, what if six months from now you are telling independent voters (whom, as I always say, you must have for re-election) that it was your willingness to stand up to your own party that made this deal happen?

Maybe it won’t happen that way. Then again, maybe it will.

All I know is that you could cover Pennsylvania Avenue one end to the other with all the wrong predictions of how any given decision was going to make or break any given President. So don’t take too seriously what anyone says at this point. Get past the vote, regroup, and press on.

And call if you get a moment.