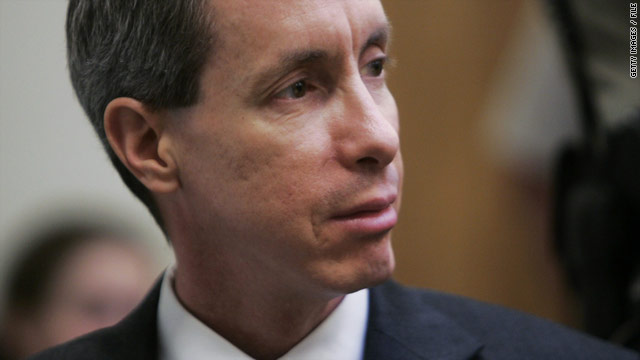 Sect leader warns of 'death' to 'those who prosecute the church'

San Angelo, Texas (CNN) - A Texas judge warned Warren Jeffs against calling "for the jury's destruction" shortly after the polygamous sect leader said Friday during his sexual assault trial that those who prosecuted his church would face "sickness and death."

The comments that precipitated the warning to Jeffs, who has been granted the right to represent himself, occurred around midday after Judge Barbara Walther had sent the jury out of the San Angelo courtroom.

"I, the Lord God of heaven, ask the courts to cease the prosecution of my holy ways," Jeffs said. "There will be a judgment against all those who prosecute the church. ... I shall let all people know of your unjust ways. I will bring sickness and death. Let this cease."

Walther then told him that "if you call for the jury's destruction" while the jury - who will decide if Jeffs is guilty on two counts of sexual assault on a child - is present, "you will be removed from the courtroom."

The defendant responded by saying, "I am not threatening. I am releasing a message."

The exchange was one of several contentious ones Friday, when the one-man defense team ended his self-imposed silence by repeatedly interrupting prosecutors and launching into a diatribe on religious freedom.

Jeffs' trial stems from a 2008 raid on a ranch near Eldorado, Texas, run by his church, the Fundamentalist Church of Jesus Christ of Latter-Day Saints. This trial addresses the two sexual assault counts, while Jeffs is expected to be tried later on a related bigamy charge.