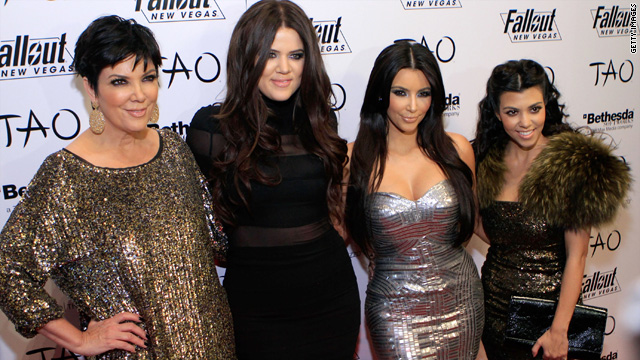 Kris Jenner: My job is to extend my family's fame

(CNN) - When Kris Jenner tied the knot with her second husband, Olympic champion Bruce, he was $500,000 in debt and was living in a one room apartment. But as the two merged their families, with Kris' four kids becoming siblings with Bruce's four from two prior marriages, Kris Jenner was undeterred.

"I wasn't scared. I said, 'Let's pump some air into this flat tire,'" she tells More magazine. "When I married Bruce, it was sort of hit the ground running. I married a guy who was really talented and had been doing motivational speeches for Fortune 500 companies – and this is a guy who didn’t have a business card or a press kit. People who were in his business had all these marketing tools, and Bruce was just winging it. I knew he could be much bigger.”

And she had the same inkling about her brood, who now star in the popular reality show, "Keeping Up with the Kardashians."

Kris Jenner says she's been working at this for 20 years, having spun her previous duties as a mom – Brownie troop leader, soccer coach, car pool driver – into the gig of "momager," taking 10 percent off the top from the deals she lands her family members, including her son-in-law, basketball player Lamar Odom.

But, she insists, "Managing isn’t a magic show. You don’t work with somebody and instill talent in them," she tells More. "I am so blessed to have these children who have the most amazing work ethic. I have a 13-year old and a 15-year old who were at a meeting at 8:30 this morning with Ryan Seacrest Productions to talk about their careers."