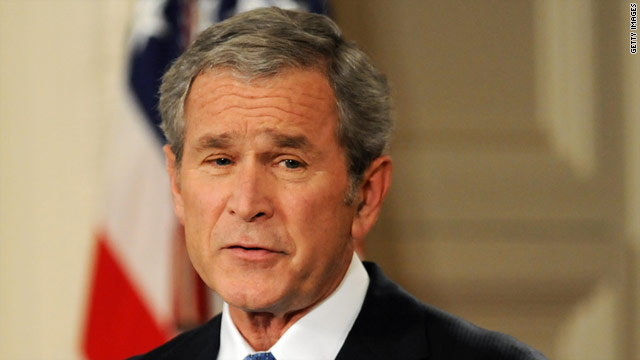 An end to Bush-era tax cuts near?

Washington (CNN) - A leading anti-tax-increase crusader says he doesn't think that letting Bush-era tax breaks expire is violation of a no-tax-increase pledge. So do Republicans now have a way out of the debt ceiling deadlock?

Democrats sure seemed to think so Thursday.

Grover Norquist, president and founder of Americans for Tax Reform, told The Washington Post's editorial board this week that he wouldn't consider voting to let the Bush-era tax cuts expire at the end of 2012 to be breaking his organization's pledge that most Republicans and some Democrats signed.

"Not continuing a tax cut is not technically a tax increase," Norquist said. Asked if it violates the tax pledge, he said, "We wouldn't hold it that way."

Norquist's comments quickly became a talking point for Democrats. Sen. Chuck Schumer of New York took to the Senate floor to tell Republicans that Norquist had given them "permission" to let the Bush tax breaks expire without hurting their commitment to the tax pledge.

"Norquist is trying to signal to the House GOP that their 'no compromise' position is untenable, deteriorating and bad for their party and the country," he said. "The House GOP is on an iceberg that is melting into the ocean, and even Grover Norquist is offering them a lifeboat."

Democrat Peter DeFazio of Oregon mocked Republicans in the House.

"Let all the Bush tax cuts expire!" DeFazio said. "That's 4 trillion dollars. It's not too complicated! It would take us back to those bad old Clinton years when rich people paid taxes. The 'job creators,' they call them," he said in a mocking voice. "They can't make the 'job creators' pay taxes - it will ruin the economy!' "

President Obama has stood his ground in debt negotiations: He will support large spending cuts that Republicans want if they're coupled with a raise in revenues, including reforming the tax system and ending loopholes for companies that enjoy tax breaks.

Republicans, however, won't budge on any tax increases. And Norquist's comments didn't seem to have any effect on their leadership.