Could the phone-hacking scandal engulfing politics and media in the U.K. topple media titan Rupert Murdoch? Join us tonight for a discussion of Murdoch’s troubles with Brian Stelter of the New York Times and CNN’s Jeffrey Toobin and Matthew Chance. 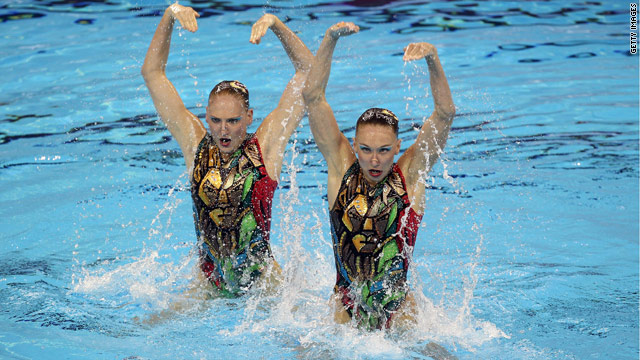 London (CNN) - British Prime Minister David Cameron will cut short his trip to South Africa to deal with the nation's phone-hacking scandal, his office confirmed Monday - another day of dizzying developments that also saw a second top police official resign and the announcement of a broader police corruption probe.

The day also brought the death of a key figure in the allegations. Former News of the World reporter Sean Hoare, who told the New York Times in 2010 that former newspaper editor Andy Coulson encouraged him and other reporters to hack into the voice-mail accounts of public figures, was found dead, according to the British Press Association.

Hertfordshire police confirmed that a man's body was found and "pronounced dead at the scene shortly after." The death is "being treated as unexplained, but not thought to be suspicious," the department said in a written statement.

Britain is in an uproar over the scandal, which has cast its shadow not just across British journalism, but also Scotland Yard and the prime minister's office. It began with the phone-hacking allegations involving reporters from News of the World - which led its parent company, Rupert Murdoch's News Corporation, to shut it down - and quickly broadened into claims that journalists had paid police for confidential information.

It has led to the resignations of the commissioner and assistant commissioner of London's Metropolitan Police, known as Scotland Yard, forced the closure of one of the country's best-selling newspapers and resulted in 10 arrests. Among those arrested is Rebekah Brooks, the former News of the World editor and News International executive who resigned after the scandal broke.

It also forced the resignation of Coulson, who quit as Cameron's communications director in January as the scandal began to heat up. Coulson was News of the World editor when one of the newspaper's reporters and a private investigator were sent to prison after pleading guilty to phone hacking in 2007.

"I don't think anybody anticipated that it would snowball in this fairly dramatic way," said Jef McAllister, a London-based lawyer and former bureau chief for Time Magazine.

Will Perry answer the 'call'?

Austin, TX (CNN) – Rick Perry may have gotten the sign he's been waiting for.

Standing on the sidelines in the race for 2012, the Texas governor on Monday visited a video game manufacturer in Austin where designers came up with a unique way to get the potential Republican candidate on the playing field.

On a jumbo screen inside the offices of a division of EA Sports, a scene from one of the company's popular college football video game was playing out, featuring Perry as quarterback for his alma-mater, Texas A&M.

In the scene, Perry throws a touchdown before a stadium full of cheering fans.

As Perry left the room, a reporter shouted, "hey Governor, are you in the game?"

The Governor did not respond and hustled off the stage.

It won't be that easy in the full contact sport of Presidential politics.

Over the weekend, Perry stoked more speculation about his future plans after telling the DesMoines Register in an interview that he felt "called" to run.

"This is what America needs," Perry said in the interview.

Letters to the President: #910 'Consumer protection'

Reporter's Note: President Obama is still dealing with the debt crisis, while trying to tackle other matters as well. So am I.

Tough luck on that Women’s World Cup game. I saw that picture of you and the family watching the game. (At least, the caption said that’s what you were watching. It could have been Secret Life of the American Teen for all I know.) Hope it didn’t ruin your Sunday.

The team did a pretty respectable job as far as I could tell. I didn’t see any obvious collapses in their strategy, and they certainly seemed to be trying hard enough. For most of the game they even looked as if they were dominating, at least by a little bit. But then it came down to the finish and Japan emerged victorious.

Speaking of things happening, I notice that you finally selected someone to head that new consumer protection office. Richard Cordray? Can’t say that I have met him, although I saw the picture and he looks suspiciously like a guy who cut me off in traffic a few weeks back. Ask him if he drives on Massachusetts Avenue a lot, ok?
END_OF_DOCUMENT_TOKEN_TO_BE_REPLACED

Washington (CNN) - Top administration and congressional officials are expected to continue working this week on a measure to raise the federal debt ceiling by up to $2.5 trillion, embracing a version of a fallback plan designed by Senate Minority Leader Mitch McConnell to avoid a potentially catastrophic default.

At the same time, GOP leaders are planning a series of votes on a proposed balanced budget amendment to the Constitution and sharp caps on future spending. The bills have no chance of clearing Congress or winning the approval of President Barack Obama, but would allow Republicans to demonstrate their preference for steps favored by their party's conservative base.

The maneuvering will take place against a backdrop of heightened anxiety as fears rise that Washington will not be able to pay its bills starting next month. If Congress fails to raise the current $14.3 trillion debt ceiling by August 2, Americans could be hit with rising interest rates, a plummeting dollar, and increasingly jittery financial markets, among other things.