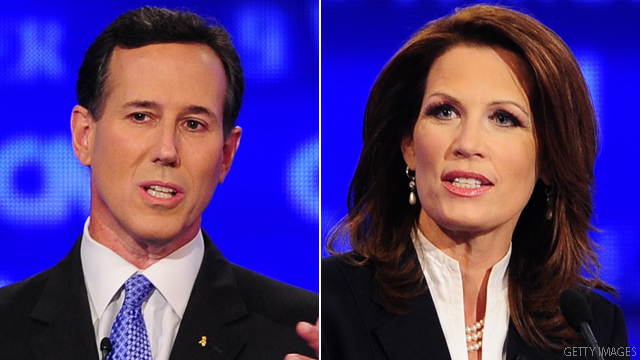 The excerpt has been removed from "The Marriage Vow – A Declaration of Dependence upon Marriage and Family," a pledge issued by the conservative Christian organization The Family Leader.

The Family Leader is an important socially conservative group in the first-in-the-nation caucus state of Iowa, holding sway over the state's traditionally more conservative caucus goers who influence the fate of presidential campaigns.

A spokesman for former Sen. Rick Santorum of Pennsylvania told CNN Monday he was "pleased" to sign the pledge, but agreed with the Leader's decision to remove the language about slavery.

"Senator Santorum was pleased to sign the Iowa Family Leader's pledge because he is committed to standing up for traditional marriage. The bigger question here is why aren't more Republicans having the courage to stand up for the institution of marriage and signing this pledge," Virginia Davis said in an email. "With that said, Senator Santorum believed it was the right thing for the Iowa Family Leader to remove the language from the preamble to the pledge about slavery."

(CNN) - Three days after a jury cleared her on charges she murdered her young daughter, Casey Anthony on Friday rebuffed her mother's attempt to visit her in jail, a Florida correctional official said.

Cindy Anthony testified for both for the prosecution and the defense during her daughter's trial, with some tapes from her jail talks with Casey Anthony being entered in as evidence. George and Lee Anthony, Casey's father and brother, likewise took the stand during the more than six-week trial.

The mother had hoped to visit her daughter in jail at 7 p.m. Friday, said Orange County Corrections Department spokesman Allen Moore. Casey Anthony heard about the request on Friday morning and declined it, he said.

Casey Anthony did get a visit Thursday night at the Orange County jail in Orlando from an unidentified member of her defense team, according to Moore.

This appeared to be the first such request by a relative to visit Casey Anthony since the end of her trial on Tuesday. Cindy Anthony was similarly rejected when she asked to see her daughter in the weeks before the trial began in May.

A 12-member jury acquitted Casey Anthony on charges of first-degree murder, aggravated child abuse and aggravated manslaughter of a child. She was found guilty on four counts related to misleading law enforcement officers, and an Orange County Corrections statement released late Thursday indicated she will be freed on July 17.

The Orlando woman had been accused of killing her 2-year-old daughter, Caylee, in 2008. Police didn't begin looking into the girl's disappearance until July 15, 2008 - about a month after the little girl was last seen - when Cindy Anthony called police after tracking her daughter down and demanding answers.

The mother testified about these events during the recent trial. She also claimed that she - and not Casey, as prosecutors had alleged - searched for terms like "chloroform" on the family's computer in the weeks before Caylee went missing. The state had argued that Casey Anthony used chloroform to render Caylee unconscious before putting duct tape over her nose and mouth to suffocate her.

The rules against "double-jeopardy" prevent Casey Anthony from being tried again related to her daughter's death. But that does not mean her legal woes are over. 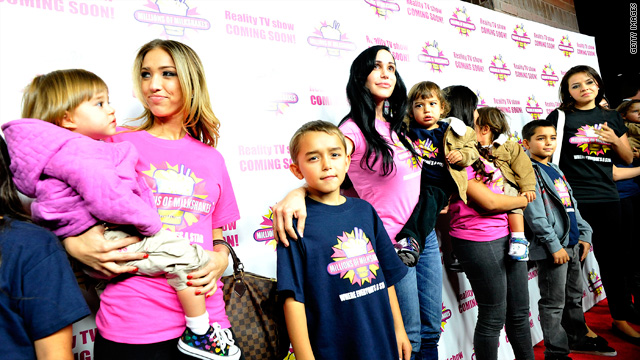 (CNN) - In an interview with In Touch magazine, Nadya Suleman reportedly makes some strong remarks about children- including her own.

Suleman, who was labeled with the moniker "Octomom" after she gave birth to octuplets in 2009, told the publication, "I hate babies, they disgust me."

She went on, "My older six are animals, getting more and more out of control, because I have no time to properly discipline them."

The single mom told the magazine that the only way she can cope is to lock herself in the bathroom and cry.