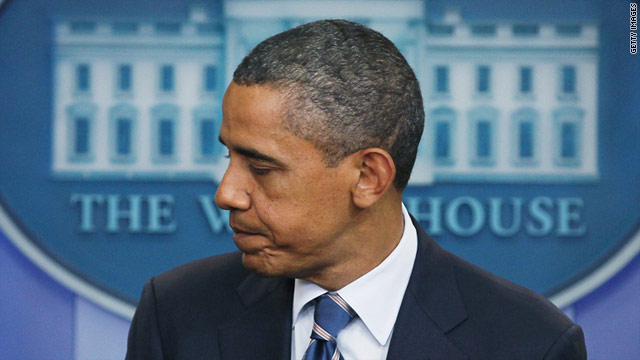 One progressive critic said any support for benefit cuts by Obama "will be a defining moment of presidential weakness."
July 7th, 2011
06:15 PM ET

Washington (CNN) - Sensing a shift away from their priorities, progressive Democrats and advocacy groups warned Thursday they could turn on President Barack Obama if a deficit-reduction deal reduces benefits in entitlement programs such as Social Security and Medicare.

"Depending on what they decide to recommend, they may not have Democrats," said Sen. Sheldon Whitehouse, D-Rhode Island, of whether his Democratic colleagues would support a compromise. "I think it is a risky thing for the White House to basically take the bet that we can be presented with something at the last minute and we will go for it."

Others were more blunt.

"If President Obama supports cuts to Medicare, Medicaid, or Social Security benefits, that will be a defining moment of presidential weakness - and put all Democrats facing re-election in 2012 at risk," said Adam Green, co-founder of the Progressive Change Campaign Committee, a political advocacy group.

Such threatening language is common any time politicians discuss possible changes to the popular entitlement programs that comprise a big part of the Democratic political legacy.

For now, the warnings are considered more of an opening salvo for Democrats to protect their turf in what are expected to be a tough new round of bipartisan negotiations that began Thursday and will continue on Sunday involving Obama, Vice President Joe Biden and congressional leaders from both parties.

In particular, liberal Democrats tied eliminating tax breaks for wealthy Americans to any possible entitlement reforms that would reduce benefits to senior citizens, the disabled or the indigent.

"At a time when each millionaire is getting (a) $138,700 tax break a year from the government, there is no reason our seniors and the neediest amongst us need to struggle to pay their hospital bills," said Rep. Judy Chu, D-California, who is vice chair of the Congressional Progressive Caucus. "The debt must be addressed, but it should be done in a way that is fair to all. We should not balance the back of this budget on our nation's seniors."

Caucus members told reporters they were willing to discuss entitlement reforms, such as raising the payroll tax cap, but would oppose a deficit if it restructures Social Security, Medicare, and Medicaid through cuts to benefits.