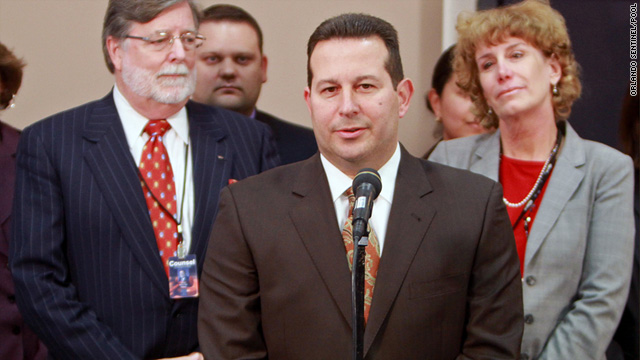 (CNN) - Casey Anthony's lawyer said Wednesday that her acquittal signified justice for little Caylee Anthony, who prosecutors unsuccessfully argued died at the hands of her mother.

Baez and prosecutor Jeff Ashton separately spoke publicly and with the media Wednesday about their reactions to the verdict.

Confident the state had presented everything it could to prove Casey Anthony killed her daughter, Ashton recalled his shock when Florida jurors decided otherwise.

"When I heard the 'not guilty' on the child abuse, I knew that was it," said the assistant state prosecutor. "I remember mouthing 'wow' four or five times to myself."

Ashton, speaking with InSession's Beth Karas, said he is convinced there was no evidence that Caylee, 2, died accidentally in 2008.

After less than 11 hours of deliberation, a jury Tuesday found Casey Anthony not guilty of first-degree murder and the other most serious charges. But the jury convicted her on four misdemeanor counts of providing false information to law enforcement officers. She will be sentenced Thursday.

Juror Jennifer Ford told ABC News that she and the other jurors cried and were "sick to our stomachs" after voting to acquit Anthony.

"I did not say she was innocent," said Ford, who had previously only been identified as juror number 3. "I just said there was not enough evidence. If you cannot prove what the crime was, you cannot determine what the punishment should be."