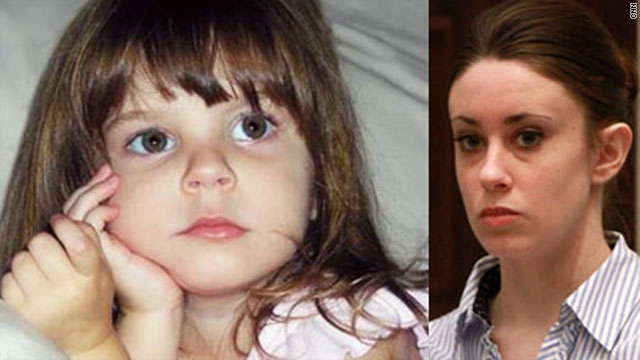 (CNN) - Casey Anthony appeared tense this morning as she entered the courtroom, with the gravity of three years in custody, thirty-five days on trial, and a second day of jury deliberations clearly apparent in her face. From the second row of the courtroom viewing gallery, I watched her sit down and have an animated conversation with Dorothy Clay Sims, a member of her defense team, before the jury was called in to be spoken to by the judge.

Prosecutor Jeff Ashton, on the other hand, looked relaxed, albeit worn out, as he strolled into the courtroom joking with a reporter about finally getting some sleep last night. For prosecutors, the long grueling days of the Casey Anthony saga are finally coming to an end. For the woman at the center of this saga, this trial could very well spell the beginning of the end of her life. All both sides can do, like the American public that’s been captivated by this case, is sit and wait for the jury to decide her fate.

I found myself with a second row seat to this saga because I’ve been sent on assignment by AC360° to help cover the verdict and secure interviews with the defense team, the prosecution, jurors and, ideally, Anthony’s family. The interest in this case is so intense, however, that actually getting into the courtroom this morning was no small feat.

Each media organization is given one seat in the media viewing area and ours is reserved for CNN correspondent Martin Savidge. To get my own, I had to brave the line with the general public early this morning. Luckily, unlike in past weeks, no fistfights broke out and people listened intently to deputies delivering instructions on conduct in the courtroom.

Once we were given our tickets for entry and made our way through security and up to the courtroom on the 23rd floor, deputies twice more gave us explicit instructions including making no facial expressions and “no gestures.” They were clearly wary of having a repeat of the spectator that flipped his middle finger to Jeff Ashton last week.

The trial has had no shortage of drama and I’ve just learned a verdict has been reached. On my way back to the courtroom. Stay tuned.