Crime & Punishment: Should Loughner be medicated?

Related: Bachmann under the spotlight

Editor's note: Anderson Cooper speaks with journalist Erin Cunningham about a brazen attack on a hotel in Kabul, Afghanistan.

Related: Attack on hotel in Kabul ends with deaths of 7 Taliban, 11 others

Anthony family in the spotlight: Join the Live Chat

Casey Anthony's relationships with her parents, George and Cindy, and with her brother, Lee, have been under spotlight during her murder trial. Tonight, our own Randi Kaye takes a look at Anthony’s relationship with her father George.

Letters to the President: #890 'The unexpected'

Reporter's Note: President Obama is being updated on the latest attack in Kabul. Meanwhile, I’m sending my latest letter to the White House.

This is not the first day that I was so busy I was not sure I could write to you, but it certainly has been a barn burner. Seems like the moment I arrived things started cranking, and it’s been steadily uphill since.

And this attack on the hotel in Afghanistan has certainly added to the sense of urgency. I suppose it has done the same at your office. Here it was just days ago that your team was talking about movement toward talks with the Taliban, and now this.

Some of your critics will undoubtedly leap onto your back like wild squirrels to call the attack evidence of your naïveté. They will suggest you were foolish to imagine that the Taliban could ever be trusted. After all, this is a brazen hit on a major hotel in the capital city of the country!

Maybe they are right. Maybe they are wrong. For my part, I simply take it as confirmation of one of the immutable laws of the universe: Just when you think you understand how things are, remember…you don’t.
END_OF_DOCUMENT_TOKEN_TO_BE_REPLACED 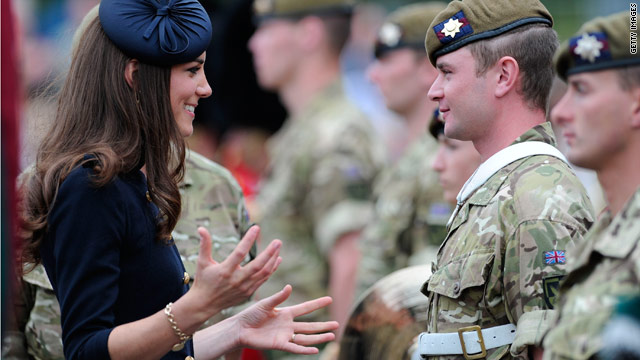 Staff
Justine Redman
“Just try wearing it a bit more to the side, like this. I promise it’s easier than it looks”

(CNN) - Casey Anthony's former fiance testified outside the presence of jurors in her capital murder trial Tuesday, saying she once told him her brother Lee Anthony had groped her while she was sleeping.

Jesse Grund said he had a conversation with Casey Anthony about her brother in 2005, as he noticed Lee was "standoffish" and "sullen" and wanted to know why.

He said Casey Anthony told him she did not want her then-newborn daughter Caylee around her brother, adding that "at one point in recent years," she had awakened to find her brother standing over her staring at her, and that on another occasion he was groping her.

He said he did not want to hear more, and believed her. "Anything that Casey said, I took as truth and fact," he testified.

The state objected to Grund's testimony, saying it was hearsay and is not admissible.

Defense attorney Jose Baez told Orange County Chief Judge Belvin Perry Jr. the defense may have additional arguments on Wednesday morning, so Perry did not immediately rule on whether Grund can testify before the jury.

Casey Anthony, 25, is charged with seven counts, including first-degree murder, aggravated child abuse and misleading police, in 2-year-old Caylee's 2008 death. Prosecutors are seeking the death penalty against her.

Anthony's defense team is trying to discredit the prosecution theory that the Orlando woman rendered Caylee unconscious with chloroform, duct-taped her mouth and nose, and stored the body in her car trunk for a few days before dumping it in the woods.

The defense says Caylee accidentally drowned in the family pool and that Anthony and her father panicked and covered it up. George Anthony has denied that theory.

(CNN) - A federal judge ordered the government to respond by Tuesday to a legal challenge against a decision to forcibly medicate Arizona shooting suspect Jared Lee Loughner in a federal prison.

In the order dated Monday, U.S. District Judge Larry Alan Burns said the government must answer the emergency motion by lawyers representing Loughner that contends forcing him to take mind-altering psychotropic drugs against his will violates his rights.