Amanda Knox: 'I don't know what happened that night'

Perugia, Italy (CNN) - Amanda Knox, the American student convicted of killing her British roommate Meredith Kercher in Italy, faced a surprise accusation Monday from another man behind bars for the murder.

Rudy Guede refused to say Knox was not involved - and prosecutor Giuliano Mignini read out a letter saying Guede thought the American and her then-boyfriend had killed Kercher.

Guede wrote to a news website in the spring of 2010, after the three were convicted, referring to "a horrible homicide of a splendid young girl, Meredith Kercher, by Amanda Knox and Raffaele Sollecito."

Mignini produced a copy of the letter on Monday during Knox's appeal against her conviction. Defense lawyers said they did not know of the existence of the letter before Mignini read it in court.

Knox took the stand for emotional testimony after Guede spoke, saying she was "shocked."

"The only time that Rudy Guede, Raffaele Sollecito and I were in one room together was in a court room.... He knows what the truth is. I don't know what happened that night," she said.

Monday's appeal hearing was the first time the three people convicted of the crime appeared in court together since a preliminary hearing years ago.

Kercher was found stabbed to death in 2007 at the house she shared with Knox in Perugia, the central Italian town where both were students. She was semi-naked and her throat had been slashed.

Knox, 23, and her then-boyfriend Sollecito, 27, were convicted of the murder in 2009. Guede was found guilty in a separate fast-track trial and sentenced to 16 years.

Defense lawyer Carlo della Vedova and Knox's mother Edda Mellas both rejected Guede's testimony Monday. Her father Curt Knox, speaking to CNN from Seattle, said it was "very disappointing that he will not own up to his responsibility."

Under cross-examination, Guede said he had written what he always believed, but that it "was not up to me to say who was the killer."

(CNN) - Minnesota Rep. Michele Bachmann formally announced her candidacy for the 2012 Republican presidential nomination Monday during an appearance in Waterloo, Iowa - the city where she was born.

Bachmann, a 55-year-old Tea Party favorite currently serving her third term in the House, told a crowd of supporters that Barack Obama's presidency has been a failure. She promised to lead a new conservative revolution characterized by smaller government and a lower federal debt.

"Make no mistake about it: President Obama is a one-term president," Bachmann declared. "Together we can rein in all the corruption and waste that has become Washington and instead leave a better America for future generations."

Bachmann blasted Obama's controversial 2009 economic stimulus plan, telling the crowd that "spending our way out of this recession hasn't worked."

Echoing Ronald Reagan's famous refrain, the congresswoman asserted that "more than ever, Washington is the problem."

"The real solutions will come from our businesses, our communities, our schools and the most basic and powerful unit of all - our families," she proclaimed.

While making a direct appeal to the Tea Party's deficit hardliners, Bachmann also made a pitch to religious conservatives, praising the country's past military victories in part by citing a line from the Bible: "Greater love hath no man than this, but that he lay down his life for his friend."

Obama campaign spokesman Ben LaBolt dismissed Bachmann's claim she could lead a new economic recovery, arguing that "her policies would erode the path to prosperity for middle class families."

Video: Who is Rep. Michele Bachmann?

Damascus, Syria (CNN) - Syria's military spokesman says more than 400 members of security forces have been killed in the months-long unrest that has taken hold in the country, a charge that came as videos surfaced allegedly showing children killed in the violence.

In an interview with CNN in Damascus, Maj. Gen. Riad Haddad said that 1,300 security personnel also were wounded, and that 300 soldiers, 60 security officials and 50 police died in the violence.

He also has said 700 people, whom he described as terrorists, and their families had fled Syrian authorities for Turkey.

Haddad offered no details about the killings of the security forces other than to blame the deaths on armed gangs. CNN cannot independently verify the claim.

President Bashar al-Assad has faced growing criticism from leaders in the United States, Europe and elsewhere over his government's violent clampdown on demonstrators. Al-Assad has repeatedly blamed "armed gangs" in explaining its military crackdowns, which have pushed thousands of Syrians to flee to Turkey.

Security sources in Lebanon told CNN that about 1,000 Syrians have crossed into Lebanon near the town of Hermel.

Months of protests have left more than 1,100 dead, according to human rights activists. But the extent of the carnage is not clear. About 10,000 people have been jailed since mid-March when the protests began, said Rami Abdelrahman, head of the London-based Syria Observatory for Human Rights.

CNN cannot independently verify the claims of the activist or the human rights group. 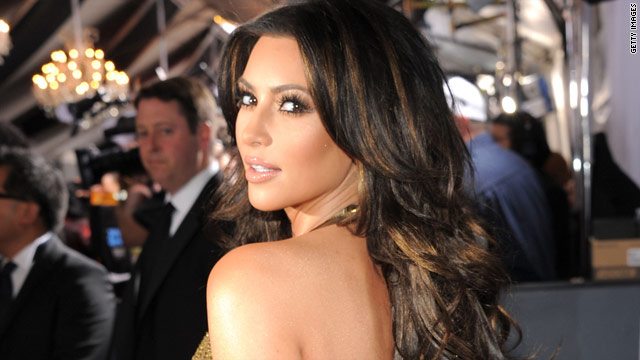 Kim K. gets X-ray to prove her butt's real

(CNN) - Kim Kardashian’s ample backside has oft been the subject of a “is it real or is it fake?” guessing game, and now the 30-year-old reality TV star is trying to set the record straight.