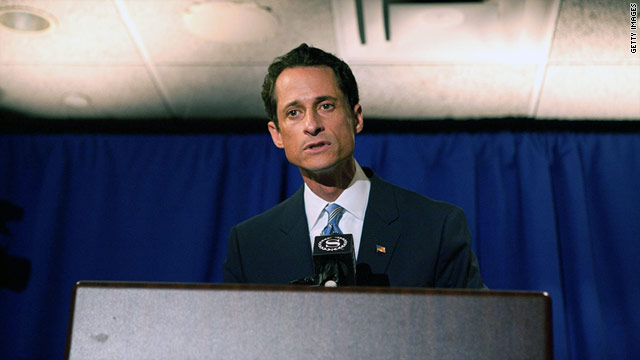 Rep. Anthony Weiner admitted Monday to posting and lying about a lewd photo of himself on Twitter.
June 6th, 2011
09:45 PM ET

Tonight on AC360°, we'll have the latest developments on Rep. Anthony Weiner's confession. The New York Democrat now admits he sent that scandalous photo of himself in his underwear to a woman in Seattle. He also says he had "inappropriate conversations" with at least six women he met online. He says he won't resign. House minority leader Rep. Nancy Pelosi has called for an ethics investigation to see if he broke any rules. In Crime and Punishment, get the latest on the Casey Anthony murder trial. Testimony focused today on the smell in her car. Plus, see who is added to our 'RidicuList.'