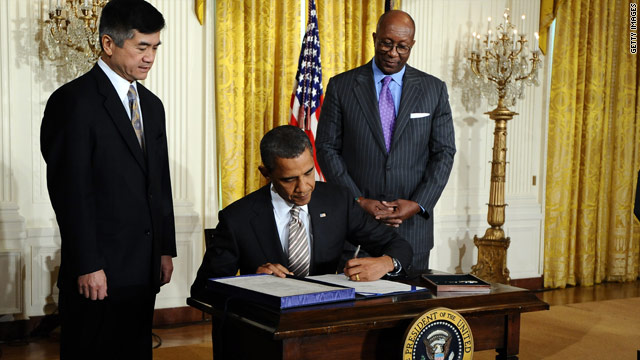 Reporter's Note: I don’t know if it is legal for robots to sign bills into law. I do know that I would never let one sign my daily letter to the president.

I’ve been thinking more about this business of you signing a bill into law by using an “autopen” in the White House, since you were overseas at the moment.

I understand the concerns of those who suggest you are opening the door for some sneaky dealings in the future like, oh say, your vice president hacks into the system and “autopens” you into changing the name of Delaware to Bidenlandia. Or Secretary Clinton suddenly starts dealing with all of her parking tickets by presenting excuse notes from the Oval Office.

But I don’t think such things are likely.

Here is my worry: You are apparently the first president ever to let a machine sign a law. You opened the door for the takeover. Come on, we’ve known this was coming for years. I can’t count the number of science fiction movies I’ve seen, and books I’ve read, in which the robots are just waiting for a little slip like this one.
END_OF_DOCUMENT_TOKEN_TO_BE_REPLACED