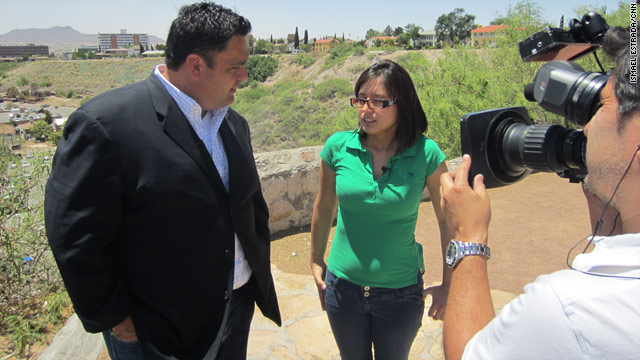 Marisol Valles Garcia speaks with CNN's Ed Lavandera about her efforts to seek asylum in the U.S.
May 18th, 2011
02:42 AM ET

(CNN) - When 20-year-old Marisol Valles Garcia became police chief in one the deadliest parts of the world, she was dubbed the “bravest woman in all of Mexico.” Her predecessor had been beheaded, and it was a job no one was willing to take. Now, she’s left the only place she knows - a place where beheadings, shootings and gangland killings have become commonplace.

Earlier this year, Garcia fled Praxedis G Guerrero, Mexico fearing for her life and the lives of her one-year-old son, husband and family members and saying that threats from the cartels that rule the area became too much to handle. She is now in the United States seeking asylum and worries that the place she once called home will never return to the place she once knew as a child.

In an interview set to air Wednesday on AC360°, Garcia sits down with CNN’s Ed Lavandera and talks about the life she led as a police chief in a deadly town and details the threats she says she received from a drug cartel that targeted her and her family.