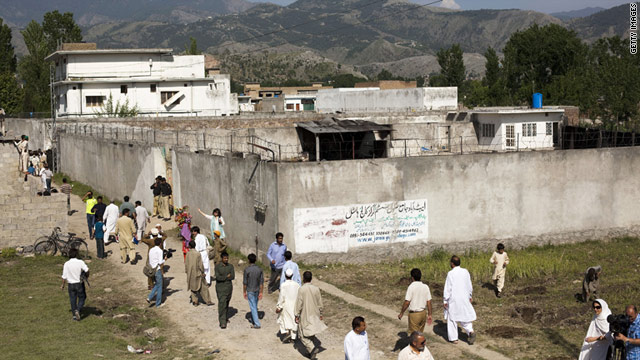 People gather outside the compound in Abbottabad, Pakistan, where Navy SEALs killed Osama bin Laden on May 2.
May 12th, 2011
07:00 PM ET

Washington (CNN) - U.S. officials say several key indicators bolster their initial impression that Osama bin Laden had a support network in Pakistan that resulted in his staying in one location for the past several years, feeling comfortable he would not get caught.

The officials, familiar with the latest assessment of the raid that resulted in the al Qaeda leader's death, point out there is no apparent sign that bin Laden had a ready escape plan. He did not appear to have the means or make an attempt to destroy the reams and gigabytes of documents before Navy SEALs assaulted his compound, according to the sources. The sources requested anonymity because of the sensitivity of the information.

"It looks like he became complacent," one of the officials said. "There is a lot more material than we expected to find here."

Bin Laden, one of the officials noted, had only three men with him in his Abbottabad compound at the time of the assault. U.S. officials have said that aside from bin Laden, the three men who lived in the compound and who were killed in the raid were bin Laden's son and two trusted couriers.

"What does all that mean?" the official said. "How could he be so comfortable living in that location for that period of time with so little security?"