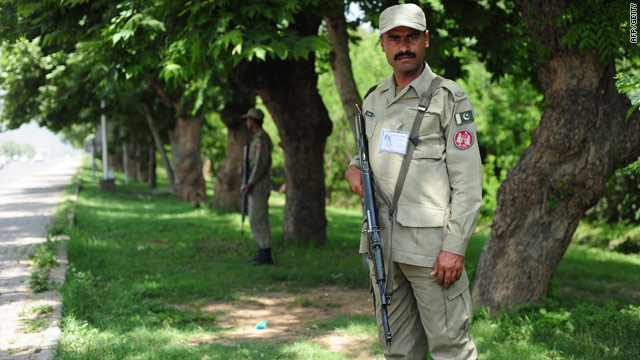 A sleepy Pakistani city awakes to violence, a unique place in history

(CNN) - Life tends to be simpler, slower, safer in Abbottabad than in many Pakistani cities.

Drivers take their time on the winding mountain roads. Streets are largely empty at night, with people routinely turning in by 9 p.m. And violence found in tribal areas near the Afghanistan border, in the disputed territory of Kashmir, and denser cities including Lahore and Islamabad typically has no place in Abbottabad.

Until Monday morning, that is. That's when Abbottabad went from a sleepy northern Pakistani city 50 kilometers (31 miles) north of the Pakistani capital of Islamabad to the site of a bloody and historic firefight. There, in a city heavily populated with Pakistani army personnel, a handful of American special forces executed a daring 40-minute raid in which they killed Osama bin Laden, the world's most well-known terrorist leader.

The electricity was out in Abbottabad early Monday, recalled city resident Sohair Athar. This was not an especially unusual occurrence, he said. Nor was the buzz of a helicopter overhead, especially given the abundance of such flights since massive floods ravaged the region.

But the freelance software engineer, who also owns a coffee shop in town, noticed the helicopter didn't land immediately, as they usually do. Instead it hovered, prompting him to write on his Twitter feed: "Go away helicopter – before I take out my giant swatter :-/."

Shortly thereafter, Athar - who had come to the typically restive city of Abbottabad in part for peace and security from Lahore - heard a loud explosion.