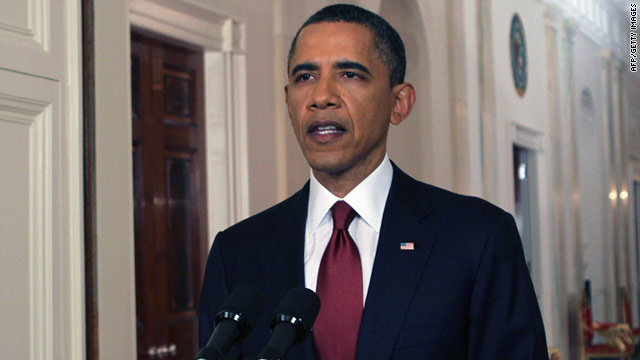 President Barack Obama announces the killing of Osama bin Laden from the White House on Sunday night.
May 2nd, 2011
09:30 AM ET

Opinion: A victory for Obama - and America

Editor's note: David Gergen is a senior political analyst for CNN and has been an adviser to four U.S. presidents. He is a professor of public service and director of the Center for Public Leadership at Harvard University's Kennedy School of Government.

Cambridge, Massachusetts (CNN) - It is far too soon to judge the long-term significance of America's successful operation to kill Osama Bin Laden. Will al Qaeda begin to crumble now that its charismatic leader is dead, or will we endure new terrorist attacks, perhaps on U.S. soil?

Will the poisonous relationship between the U.S. and Pakistan now heal, or will there be new strains, especially if it turns out that elements of the Pakistani government were harboring bin Laden? Questions abound.

Yet it is already clear that assuming the facts hold as we know them now, President Barack Obama and his national security team have been enormously strengthened in the near term. The outpouring of joyous crowds on the streets of New York and Washington - where people were chanting "USA! USA!" - show that the news not only electrified Americans but brought us together as a people in a way we haven't seen since 9/11.

With good reason. Bin Laden was not only the most hated man since Hitler but he was also the most hunted man in the world. His killing was unabashedly good news. And Americans have desperately needed some good news: After all, the past decade since 9/11 has not only seen us drawn into wars that drag on and on - without victory - but we feel the sting of terrorists every time we enter an airport. Since our economy nearly collapsed, the inability of our leaders to restore jobs and prosperity has also left us feeling increasingly helpless as a a great nation. Finding and killing bin Laden was a huge tonic.

All of this is likely to have important repercussions: