Editor's note: Anderson Cooper explains why the people behind conspiracy theories about a possible presidential scar have earned on a spot on his RidicuList.

Video: 'Please do not forget me,' says Al-Obeidy

Editor's note: CNN's Anderson Cooper gets an update from Eman al-Obeidy, the Libyan woman who has accused Gadhafi troops of raping her.

Video: The politics of debt and deficits

Editor's note: Cornell Belcher, Dana Loesch, and David Gergen weigh in on the budget battles past and future.

Related: Obama, Congress prepare for next round of budget fights

Editor's note: Anderson Cooper reports on how President Obama's position on increasing the debt ceiling has shifted over time.

Related: Obama, Congress prepare for next round of budget fights

Japanese authorities are considering whether to raise the nuclear threat level to a 7. Chernobyl was rated as a 7, the highest level. There will be a news conference at 10 p.m. ET. We'll bring you any breaking developments. Plus, here at home, House lawmakers working into the night on the compromise budget deal.

[cnn-photo-caption image=http://i2.cdn.turner.com/cnn/2011/images/04/11/monthlater.jpg caption="Hundreds of photos sit in baskets by the side of the road in the destroyed Japanese town of Minamisanriku." width=300 height=169]

A magnitude-6.4 quake has hit Japan, following a 6.6-magnitude quake hours ago that knocked out power to the three damaged reactors at the Fukushima Daiichi power plant.

Power has been restored, but a fire was detected in the last hour at a battery storage building near reactor number four. We're told the fire was put out and no radiation was emitted.

There's also word today, on the one-month anniversary of the devastating 9.0-magnitude quake and tsunami, that Japan's government is evacuating more towns around the crippled plant. Officials said residents could face high doses of radiation for several months. The government could also raise the nuclear threat level to 7, the highest, from 5. Chernobyl was a level 7 accident.

Meanwhile, on Capitol Hill, House lawmakers are holding a rare late-night session to finalize the budget deal to keep the federal government running. We're waiting for details on the compromise reached Friday. We'll give you the information when it's released.

Details are sketchy, but we know this deal to fund the government through September 30 will include $38.5 billion in cuts.

As that work goes on, there's another fiscal feud in the works over whether to raise the nation's roughly $14.3 trillion debt ceiling. We could surpass the cap within the next five weeks, but the Federal Reserve could take steps and push it to July. A failure to raise the debt would lead to a default on Treasury debt. A default could put the economy in a tailspin with rising interest rates and damage to the dollar and U.S. bonds.

Since March 1962, the debt ceiling has been raised 74 times, according to the Congressional Research Service. Ten of those times have occurred since 2001.

White House press secretary Jay Carney said today that Republicans will make a mistake if they play "chicken" with the debt ceiling vote.

Carney also said failing to raise the ceiling would be "Armageddon-like in terms of the economy."

Keeping them Honest, President Obama had a much different take on the debt ceiling when he was a U.S. Senator.

We'll let you decide: Should the debt ceiling be raised or not? Share your thoughts below.

Send us a text message with your question for Friedlander and/or Lah about the people who have been displaced by the quake, tsunami and nuclear emergency. Please include your name and where you live. Text AC360 (or 22360), and you might hear it on air!

The quake struck at about 8:08 a.m. Tuesday (7:08 p.m. Monday ET), according to the U.S. Geological Survey. It had a depth of about 13 kilometers (8 miles) and was centered about 77 miles east-southeast of Tokyo.

Earlier, a powerful 6.6-magnitude earthquake struck Monday night, on the one-month anniversary of the country's devastating 9.0-magnitude quake and tsunami.

The new earthquake triggered landslides that trapped several people in the city of Iwaki.

The quake was centered about 100 miles (164 kilometers) northeast of Tokyo and about 30 miles (50 kilometers) southwest of the crippled Fukushima Daiichi nuclear plant, according to the U.S. Geological Survey. 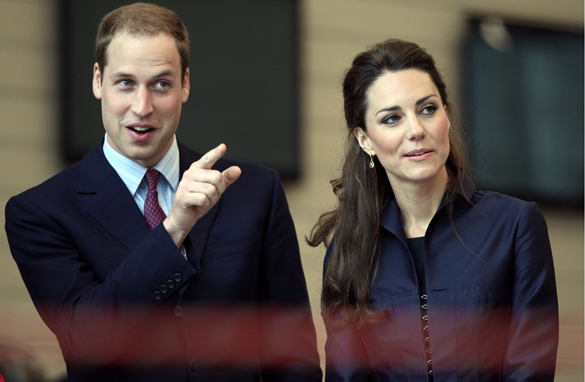 Reporter's Note: Suddenly budget cutting is all the rage in Washington. Even the president is getting on board, so maybe he won’t have time to read today’s letter. But I’ll write it anyway.

So the headlines say that this week you’re going to roll out your plans for cutting the deficit - taking on Medicare, Medicaid, and everything else in the whole messy, melty ball of wax. Ta dah! I don’t mean to poke fun, but it always makes me laugh to watch how quickly politicians (including presidents) can change direction when the wind starts turning. Well, I suppose it’s a good thing. People are always carping about leaders not doing what they want (like getting rid of all those annoying speed cameras around D.C, hint, hint) so they should feel relatively good when you guys and gals sense public unrest and react to it.

That said I suspect, as Ricky used to say on I Love Lucy, “You got some ‘splainin’ to do!” Just a few months ago, as I’m sure you recall, significant numbers of your Democratic pals were pretty aggressively arguing for more, not less, government spending.
END_OF_DOCUMENT_TOKEN_TO_BE_REPLACED