Will the Federal Government Shutdown?: Join the Live Chat

Members of Congress have just two hours to avoid a partial government shutdown. They are still trying to reach a budget compromise. We'll have the latest developments from Capitol Hill and the White House. Plus, tonight's other headlines.

Source: Budget deadline may be pushed back one week

Washington (CNN) - Budget negotiators are working on a proposal to keep the federal government open for another week while Democratic and Republican leaders put together a broader deal, a senior Republican close to the talks told CNN Friday night.

Disputes over controversial topics like abortion - an apparent sticking point in the talks - have been "essentially resolved," the source said.

The source warned, however, that any deal is still contingent on an agreement on the final spending numbers.

A Democratic source told CNN earlier in the evening that negotiators were considering a three-day funding extension that would not include any language tied to the abortion issue.

Regardless of the specifics, both the House of Representatives and the Senate need to pass a new federal funding measure by midnight to prevent a partial government shutdown.

The White House has indicated that President Barack Obama could sign another short-term funding measure if negotiations on a broader package covering the rest of the fiscal year were making progress.

House Speaker John Boehner, R-Ohio, said Friday that he would agree to a short-term measure if there is a deal already in place on that package.

Earlier in the day, administration officials said they were optimistic about the possibility of reaching an 11th-hour budget deal with the Republicans. 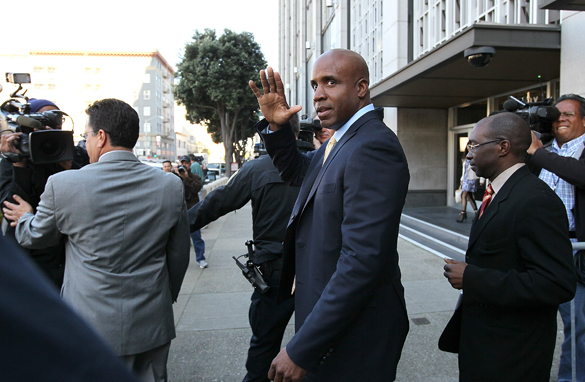 Former Major League Baseball player Barry Bonds waves as he leaves federal court at the end of the day on April 7, 2011 in San Francisco, California. Closing arguments have wrapped up in Bonds' perjury trial as the jury prepares to deliberate. (Photo credit: Justin Sullivan/Getty Images)

Letters to the President: #809 'What should have happened last fall'

Reporter's Note: A potential government shutdown is still looming as I write this letter to the White House. So, come to think of it, I wonder if it will be delivered?

I don’t want to trouble you with a lot of so-called “Monday morning quarterbacking” for three reasons: first, it rarely serves much purpose; second, it’s not football season; and third, uh…it’s not Monday.

Nonetheless, I have a question that has troubled me during this whole budget showdown: Can’t we stop this from happening? Let’s put aside for a moment the fact that your party was in charge of the White House and both houses of Congress last fall and could have passed a budget if you’d wanted to. Yes, it would have been messy; and yes, no one in Washington wanted to tackle anything controversial so close to an election. But, like I said, let’s put that aside.
END_OF_DOCUMENT_TOKEN_TO_BE_REPLACED

Tripoli, Libya (CNN) - NATO refused to apologize Friday for a deadly airstrike it conceded may have mistakenly killed people it has pledged to protect, angering Libyan opposition leaders amid an increasingly frustrating campaign to oust Moammar Gadhafi.

Gadhafi's forces attacked Ajdabiya on Friday with a barrage of artillery fire at the city's western gates. Ajdabiya has changed hands several times already, and rebels were forced to flee again in a war that is now viewed in some circles as unwinnable for the opposition, even with NATO air support.

NATO, meanwhile, was on the defensive Friday after reports of casualties apparently caused by the airstrike. British Royal Navy Rear Adm. Russell Harding said NATO forces may have hit rebel tanks near the eastern oil town of al-Brega on Thursday.

It was the second time NATO has been blamed for civilian deaths - last week, opposition leaders said NATO airstrikes killed 13 civilians in the al-Brega area. NATO is investigating that strike as well.

"I'm not apologizing," Harding, the deputy commander of the NATO operation, said of the latest incident. "The situation on the ground is fluid, and we had no information the opposition forces were using tanks."

Harding said NATO had only recently learned that opposition forces had tanks. In the past, it was Gadhafi's tanks that had taken aim at civilians, he said.

"There's a lot of vehicles going back and forth," he said. "It is very difficult to distinguish who is operating the vehicles."

The airstrikes also injured 14 people, and an additional six are missing, said Gen. Abdul Fattah Yunis, a commander of the rebel forces.

"I strongly regret the loss of life," he said.

"We are conducting operations in Libya in accordance with the U.N. Security Council resolution with the aim to protect civilians," he said. "This is also the reason why our aircraft target military equipment that could be used to attack civilians, but I can assure you that we do our utmost to avoid civilian casualties."

Sorrow quickly turned to anger at a hospital where the wounded were taken, complicating matters for opposition fighters, already demoralized by the superior firepower of the Libyan army.