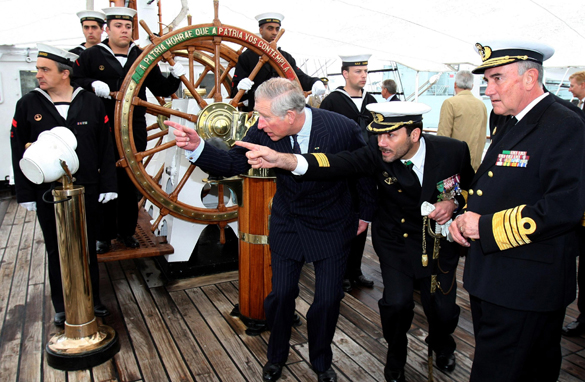 Prince Charles, Prince of Wales, gestures alongside Captain Proencamendes, on board the NRP Sagras, dockside on March 28, 2011 in Lisbon, Portugal. The Prince of Wales and Duchess of Cornwall are in Portugal for a 10-day tour, promoting UK trade. (Photo credit: Chris Radburn/WPA Pool/Getty Images)

Staff
Tom Foreman
“No, your majesty, it’s the other one. That’s Big Ben. You don’t get out of the palace much, do you?”