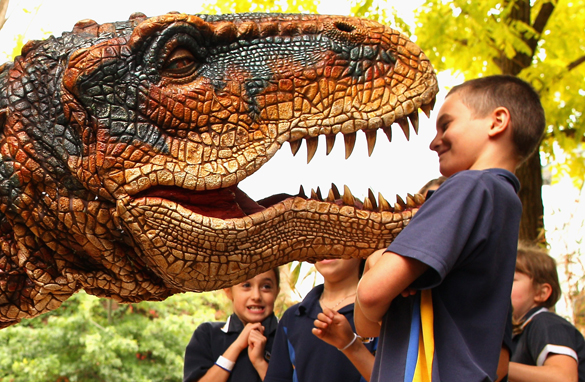 School children meet a life-sized baby Tyrannosaurus Rex during a preview appearance of Walking With Dinosaurs at Bialik College on March 24, 2011 in Melbourne, Australia. Walking With Dinosaurs is a theatrical production that features 15 life-sized dinosaurs, the show will begin its Melbourne Tour at Hisense Arena on May 4. (Photo credit: Mark Dadswell/Getty Images)

Staff
Tom Foreman
“And on a lighter note, to dramatize the danger of the soaring national debt, the Congressional Budget Office fed a 7th grader to a velociraptor this afternoon…”