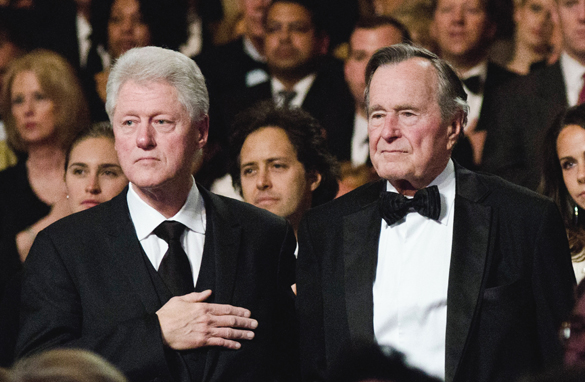 Staff
Ben Finley
"Whatever you do Clinton…DO NOT ask him about Rihanna."

Viewer
Elaine, PA
Bill: "I STILL get chest pains standing this close to a Republican."