Related video: Libyan woman issues a cry in the night

Video: Libyan woman issues a cry in the night

At a Madman's Mercy: Join the Live Chat

You'll hear from a woman tonight trapped in her Tripoli home. She's a supporter of the uprising and fears she could be killed at any moment. Plus, a stunning report about an alleged attempt by the U.S. military to basically brainwash senators to approve more troops and money for the war in Afghanistan. You'll hear from the man who wrote the article and a former military officer quoted in it.

Tonight on 360°, remarkable bravery and anger in Libya. You'll hear from a woman in Tripoli who's been barricaded inside for nearly a week. There are stay bullets flying in her neighborhood, as the regime tries to keep a grip on the country. She fears the regime will be going house-to-house to attack those who are against them. She's scared, and wants it all to stop. She wants Libyan leader Moammar Gadhafi to step down. She wants a new Libya, a better one.

Gadhafi still controls the capital, but not much more of the country. Today the dictator accused followers of Osama bin Laden of brainwashing the youth of the seaside city of Zawiya, with hallucinogenic drugs, leading to the unrest. Zawiya is where 17 people were killed and 150 others were wounded in Martyrs Square today when government forces attacked the city.

Tonight we'll talk about the claim that followers of bin Laden have ties to the uprising with Foud Ajami, professor at John Hopkins School of Advanced International Studies.

We're also looking at the ongoing effort to evacuate Americans on a ferry out of Tripoli. They were supposed to depart for Malta yesterday, but the ferry is still docked due to bad weather.

Join us for these stories and much more starting at 10 p.m. ET. See you then.

Washington (CNN) - The chaos in Libya has raised fears about the security of deadly mustard gas stockpiled in the country and whether Libyan leader Moammar Gadhafi might use it on his own people.

A U.S. official said that in a "chaotic situation" there is concern about Libya possessing mustard gas and other chemical agents.

Although there has been no signs that the Libyan leader has ordered their use, Gadhafi is often described by officials as an unpredictable, mercurial individual.

Libya still has approximately 10 tons of the deadly blister agent left in its arsenal, according to Peter Caril, a non-proliferation expert at the Arms Control Association.

Most of the materials are located at the Rabta chemical weapons facility located in a town south of the capital city of Tripoli. 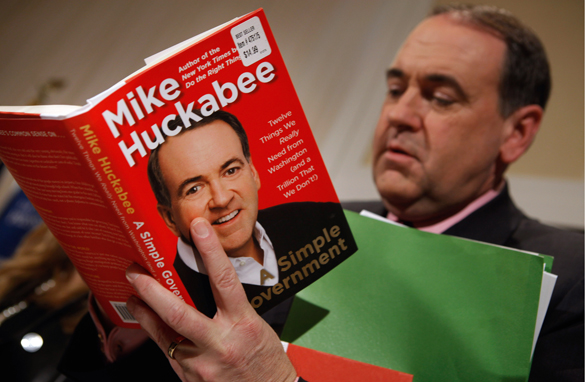 Countries scramble to get citizens out of Libya

(CNN) - Governments around the world are making a run to get their citizens out of volatile Libya. Here is a country-by-country breakdown:

The Department of State recommended Thursday that any U.S. citizens in Libya "depart immediately due to the potential for ongoing unrest."

It noted that "violent clashes between protesters and security forces continue throughout Libya, including in Tripoli" and warned that "spontaneous demonstrations, violence, and looting are possible throughout the next several days."

The department ordered all Embassy family members and non-emergency personnel to leave the country.

There were roughly 6,000 Americans in Libya.

A ferry chartered by the United States to evacuate citizens from Libya is expected to depart within the "next several hours," State Department spokesman P.J. Crowley said Thursday afternoon. Crowley told reporters the exact timing of the ship's departure depends on the weather.

A total of 285 people are safely on board, Crowley said. The vessel can hold up to 575 people.

The ship is carrying 167 U.S. citizens, including 40 nonessential embassy staff and family, as well as 118 third-country nationals.

Benghazi, Libya (CNN) - Libyan leader Moammar Gadhafi on Thursday blamed the violence in his country on young people, who he said are taking some sort of pills and being exploited by Osama bin Laden.

Speaking by phone on state TV as reports came in of pro-Gadhafi forces killing unarmed civilians in the town of Zawiya, Gadhafi said, "Our children have been manipulated by al Qaeda."

"Those exploiting the youth have to be arrested," he added.

Gadhafi also addressed the situation in Zawiya, saying, "We shouldn't leave" the town "without any control."

Ten days into protests that have resulted in his loss of control of eastern Libya and led members of his government to defect, Gadhafi faced new international pressure Thursday. Switzerland ordered that his assets, and those of his entourage, be frozen, the Swiss Foreign Ministry said Thursday.

But Gadhafi showed no sign of considering giving up the post he has held for nearly 42 years. "I have only moral authority," he said, adding, "We have 3 million Libyans - they run the country."

It was unclear what he was referring to: Libya's population is 6.5 million, according to the CIA World Factbook.