Getting Americans Out of Libya: Join the Live Chat

The U.S. State Department will attempt to evacuate Americans out of Libya tomorrow on a chartered ferry. We have the breaking details. Plus, an eyewitness to the uprising risks his life to speak out and talk on camera. And, four Americans are killed by pirates at sea.

There's breaking news out of Libya. The U.S. government has just announced they are chartering a ferry out of Tripoli to evacuate Americans to Malta. U.S. citizens should bring valid travel documents and arrive at the As-shahab Port between 9 and 10 a.m. local time. The U.S. State Department says U.S. citizens will be processed on a first-come, first-served basis, with priority given to those with a severe medical condition or emergency. The ferry will leave no later than 3 p.m. We'll have the latest on this evacuation effort tonight on 360°.

A defiant Moammar Gadhafi appeared on live state-run television today, blaming the unrest on "rats" who are "agents" of foreign intelligence services. The Libyan leader vowed to die "a martyr."

Libya's interior minister, who resigned today and is supporting the uprising, called Gadhafi "a stubborn man." The ex-Libyan official said Gadhafi will either commit suicide or get himself killed.

We'll talk about today's developments with CNN's Ben Wedeman. He's in eastern Libya where opposition leaders appear to be in firm control. We'll also get insight from CNN's Fareed Zakaria and Jill Dougherty.

You'll also hear from a protester in Benghazi, Libya's second largest city. Gadhafi no longer controls the city, but there's concern he make a bloody attempt to take it back.

We'll also have an update on the deadly earthquake in New Zealand. At least 75 people have been killed in Christchurch after Monday's 6.3 magnitude quake. There's fear tonight the death toll will rise with people trapped in the rubble. You'll hear from a survivor who recorded some remarkable video of the damage.

There's also the story of the four Americans who were killed by pirates after their yacht was hijacked off the coast of Oman. The U.S. Navy had been following the yacht and boarded it after hearing gunfire. Two pirates were killed in a scuffle, 15 others were detained. A former FBI agent talks with Anderson about terror at sea and what goes on when negotiating with pirates.

Join us for these stories and more starting at 10 p.m. ET on CNN. See you then.

Interior minister resigns rather than carry out Gadhafi orders

Tobruk, Libya (CNN) - Libya's interior minister said Wednesday he has quit the government and is supporting the protesters, who he predicted will achieve victory in "days or hours."

Ex-Interior Minister Abdul Fattah Younis al Abidi told CNN that he resigned Monday after hearing that some 300 unarmed civilians had been killed in Benghazi alone during the prior two to three days and he accused Libyan leader Moammar Gadhafi of planning to attack civilians on a wide scale.

"Gadhafi told me he was planning on using airplanes against the people in Benghazi and I told him that he will have thousands of people killed if he does that," Abidi said in an Arabic-language telephone interview conducted Wednesday.

Abidi said he now supports the people and the revolution.

He called Gadhafi "a stubborn man" who will not give up. "He will either commit suicide or he will get killed," said Abidi, who said he has known him since 1964.

Abidi predicted that the revolution will succeed "in a matter of days or hours" and he called on Libyan security forces "to join the people in the intifada." Already, he said, "many members" of the security forces had defected, including those in the capital city of Tripoli.

He said the entire eastern part of the country is no longer under Gadhafi's control, and that security forces there have orders to never open fire on the people unless forced to do so in self-defense.

(CNN) - Rescue teams in New Zealand continued to search for survivors Thursday after a powerful earthquake rocked downtown Christchurch, killing scores of people, toppling buildings and leaving others trapped beneath piles of concrete.

At least 75 people have died, 55 of whom have been identified, according to Prime Minister John Key. Hundreds are still missing, Key told reporters at a press conference Wednesday afternoon.

Key also told reporters that he will urge the nation's parliament to declare a state of emergency for all of New Zealand.

The 6.3-magnitude quake struck Christchurch during the lunchtime rush Tuesday. Frantic rescuers scrambled to reach those trapped beneath the rubble hours. Dazed, bleeding residents wandered through streets strewn with debris and piles of concrete.

The quake toppled buildings onto buses, buckled streets, forced the collapse of a cathedral spire and cut power for most of the city. 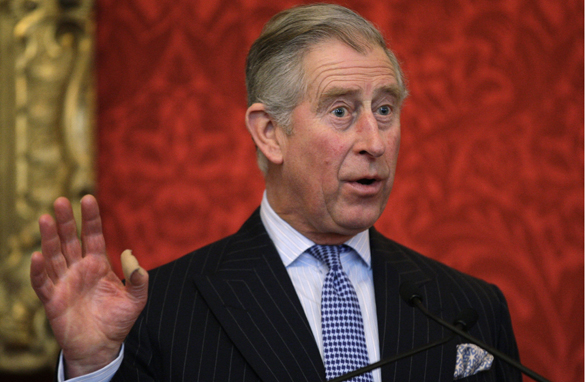 Viewer
Maria S
"'Cause if you liked it you should have put a ring on it."