Tonight, people are standing up to their repressive governments peacefully and being beaten, teargassed and gunned down in the streets. We have new images and chilling accounts from Bahrain and new video smuggled out of Libya. What the governments are saying doesn't match with the facts. We're Keeping Them Honest. Also tonight, what Rep. Gabrielle Giffords is going through on her amazing road to recovery. 360 M-D Sanjay Gupta walks in her footsteps and more. 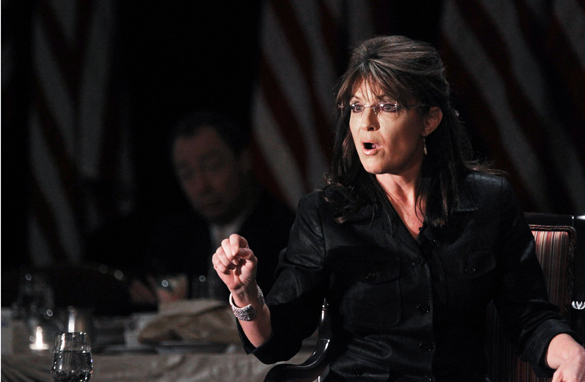 Staff
Sam Meyer
“I don’t know where you’re going with that lipstick, buster, but if a pig’s nearby, I’m outta here.”

Viewer
Phyl from Motown
"I'm sayin I have a degree in communications and I will refudiate those that say otherwise."

Bahrain: What's at stake for America

As far as Washington is concerned, this small Persian Gulf kingdom may be where support for Middle East democracy dies. The loss of American military power that would accompany an overthrow of the regime of King Hamad bin Isa Al Khalifa is incalculable.

Nestled between Saudi Arabia and Qatar, Bahrain is home to 1.2 million people. It's also home to the U.S. Navy's Fifth Fleet - a vital instrument for the Pentagon in both Afghanistan and Iraq. Fighter jets from carriers in the fleet provide close air support for American troops in Afghanistan.

The fleet is also a potential bulwark against a future nuclear Iran, analysts note.

"It's our most important strategic asset in the Persian Gulf," said Michael Rubin, a former Bahrain resident and Middle East expert at the American Enterprise Institute.

The security of America's naval presence in Bahrain was called into question when protests erupted there this week. Three people died and dozens were injured Thursday when security forces stormed a group of protesters. Witnesses described a blunt show of force, with police firing pellets and rubber bullets, as well as using tear gas.

Two other people died during disturbances earlier in the week.

Letters to the President: #759 'Welcome to the press room'

Reporter's Note: The president has a new press secretary. With a little luck, perhaps he’ll get to read my daily letters!

So your new press guy seems to have survived his first day at the big podium. Good for him. I always like to see people have a decent start to a job, especially a tough one.

On the other hand, I have very mixed emotions about the whole idea of press spokespersons or, as I like to call them, reporter wranglers. See, the thing is, I generally don’t trust them any more than they trust us. They always say things like, “We’re here to make sure you get the right information,” and “We’re going to get you everything you need,” but I just can’t believe it.
END_OF_DOCUMENT_TOKEN_TO_BE_REPLACED