Seattle (CNN) - A libel case against the parents of Amanda Knox "feels very personal," the mother of the American student convicted of murder in Italy told CNN.

"I wouldn't say the Italian justice system (is after us.) I would say a few people in Perugia, definitely," Edda Mellas said, referring to the central Italian city where Knox was tried for the 2007 killing of her British roommate Meredith Kercher.

She cited a radio commentator who suggested the authorities' attitude seemed to be: "Maybe if we keep at them they'll go away or go bankrupt or whatever.

"But it's not stopping us," she said.

"It's all about truth and justice and we have done nothing wrong," she said.

"Amanda's allowed to tell her story and she's been saying it hundreds of times since she was arrested," Mellas said. "When we get asked, 'What did Amanda tell you?', we tell the truth: Here's what Amanda said. And that's why we're being charged."

Mellas and her ex-husband, Curt Knox, were indicted Tuesday on charges of libeling police in Perugia, she and the family's Italian attorney said.

Video: 'I was a jerk,' journalist says of tweets about assault

Keeping Them Honest: Rosen tweets about assault on Logan

Police move in to clear protesters from Bahrain's capital

The area had become a magnet for protesters angered by the killing of two demonstrators by security forces earlier this week. After largely leaving the protesters alone for the past two days, hundreds of white-helmeted police swarmed the roundabout about 3:30 a.m. Thursday (7:30 p.m. Wednesday ET).

An ABC reporter was attacked while on the phone, describing the scene for the network. Miguel Marquez could be heard shouting on the audiotape, "Journalist! Journalist! No! No!"

One of the protesters, who asked that he be identified only as "Hussein," said the police came in with no warning.

"We were sleeping," he said. "There were guys, kids, schoolchildren, women, and suddenly they just attacked us with tear gas, stun bombs."

Hussein said many people were wounded in the attack, and he helped take people to hospitals. Police were outside the hospitals as well, he said.

Breaking news. A violent new police crackdown on protesters in the Middle East. This time in the Gulf state of Bahrain and a reporter is caught up in the violence. Plus, the verbal assault against CBS correspondent Lara Logan by another journalist and NYU professor. Nir Rosen's tweets crossed the line. He resigned from the university due to the uproar. Hear what he has to say about his actions. We're Keeping Them Honest.

(CNN) - A CBS correspondent was brutally attacked Friday in Cairo's Tahrir Square after the resignation of Egyptian President Hosni Mubarak, the network said in a statement released Tuesday.

Lara Logan, 39, was covering celebrations for a "60 Minutes" story, the network said, when a frenzied mob of about 200 people surrounded her, her crew and their security team. Separated from the others in the chaos, Logan was surrounded, beaten and sexually assaulted, the statement said.

A group of women and about 20 Egyptian soldiers intervened to rescue the correspondent, the network said.

Logan reconnected with her team and returned to her hotel, CBS said. She returned Saturday to the United States, where she has been hospitalized. 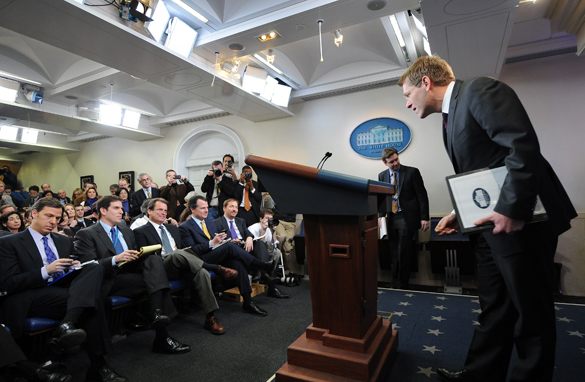 Viewer
Aric Martinez, San Francisco
"Excuse me. There is a gold Camry with it's lights on parked outside...this belong to anyone?"

Thomas was required to report the information on the annual disclosure forms all federal judges must file. The forms did not disclose how much money Mrs. Thomas was paid.

The updated records go back 13 years and confirm Mrs. Thomas has worked for the Heritage Foundation, the Republican leadership in the House and Hillsdale College in Michigan.

From the AC360 Archives: Cuts leave man with no funds for a heart