Video: What's next for Egypt?

Video: In Egypt, fear has been defeated and there is no turning back

President Hosni Mubarak resigns in Egypt and Cairo's Liberation Square is still full of people. Some have been there from the beginning. Others came today to celebrate. Still others stopping by even now, just for a taste of the place that birthed a revolution. We'll have the latest developments and tonight's other headlines.

A new historic era is underway in Egypt. President Hosni Mubarak has resigned and the military leadership is now running the country. When the announcement was made by the vice president, the massive crowd gathered in Cairo's Tahrir Square chanted "Egypt is free!"

On day 18 of the uprising, the demands of the anti-Mubarak protesters were finally met. 18 days later and after more than 300 deaths, according to Human Rights Watch, Mubarak's 30-year dictatorship is over.

But Mubarak, 82, has not left Egypt. According to reports, he's at his villa in the resort town of Sharm-el-Sheikh, along the Red Sea.

He's got a place to live, but he may face some money troubles. Just after it was announced Mubarak had stepped down, Swiss officials moved to freeze any of his assets in their banks and those belonging to anyone else tied to him.

Tonight on 360°, our panel of experts weigh in what may come next for Mubarak and the entire country. Egypt is not a democracy with the military in control. We'll show you whose at the helm now and look at whether the military will allow a fair election this fall?

You'll also hear from some of the most vocal Egyptian activists, including Wael Ghonim. The Google executive who's on leave from his job said the "real" heroes of the revolution are the people who took to the streets.

At the White House, President Obama said, "The people of Egypt have spoken."

"Their voices have been heard, and Egypt will never be the same," he added.

Egypt’s dictator no longer has an iron fist. There's new leadership in place. Yet CNN's Arwa Damon is hearing some protesters may not leave Tahrir Square, saying they have other demands. They want to put Mubarak on trial. Others say they will go home and help put the country back together again.

Join us for the latest developments out of Egypt and much more starting at 10 p.m. ET. See you then. 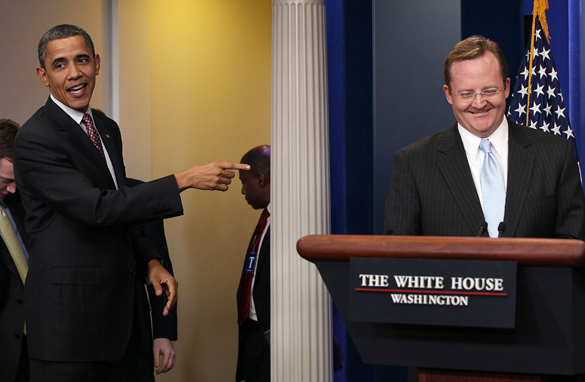 Staff
Eli Lazar
“I always told him, on his last day he could be President-for-a-day."

Cairo, Egypt (CNN) - Egyptian President Hosni Mubarak stepped down Friday and handed over power to the military, his nearly three decades of iron rule ended by a groundswell of popular protests that began January 25.

In a somber one-minute announcement on state television, Vice President Omar Suleiman announced Mubarak's resignation and said the Supreme Council of the Armed Forces will "run the affairs of the country."

As Suleiman spoke, deafening cheers erupted among tens of thousands of Egyptians who thronged the streets of Cairo. It was a moment they had sought throughout long, often tense days of demonstrations - some of them violent - that demanded Mubarak's departure.

It was also a moment that many in the Arab world's powerhouse nation had not dared contemplate.

Chants of "Egypt is free!" and "God is great!" rose from the crowds, dizzy in the honeymoon of their success. Some waved Egyptian flags; others honked horns; still others set off fireworks as they savored the scene.

Two major bridges over the Nile River resembled congested parking lots, and partiers packed streets throughout Cairo. The state-run Middle East News Agency said some people had passed out from joy and others had suffered heart attacks.

"It was a sense of liberation for me, for every Egyptian," said opposition leader Mohamed ElBaradei. "For the first time, Egypt has a chance to be democratic, to be free, to have a sense of dignity, of freedom. So it's amazing. It's just like something we never experienced in our lifetime."