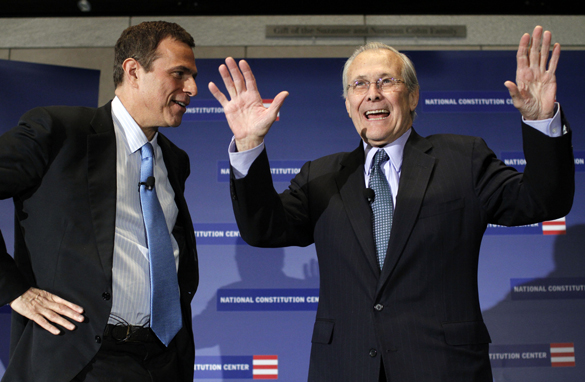 Former Secretary of Defense Donald Rumsfeld, right, thanks the audience while alongside presidential historian Michael Beschloss, left, at the National Constitution Center where he is launching his book on February 9, 2011 in Philadelphia, Pennsylvania. (Photo credit: Jessica Kourkounis/Getty Images)

Staff
Ben Finley
“…you do the hokey pokey and you turn yourself around, that’s what its all about”

Viewer
Melvin Felix
"By the way, guys, I was totally kidding about the second swine flu outbreak!"