Video: How wealthy is Egypt's Mubarak?

KTH: Getting to the truth in Egypt

Despite the predictions of many that the protests in Egypt would shrink in size or simply go away, today the exact opposite happened. We'll show you the protests up close. Plus, just how much is Pres. Mubarak worth? We have Tom Foreman checking into that angle. And, tonight's other headlines.

Washington (CNN) – Democratic California Congresswoman Jane Harman said Tuesday the cost of a special election, forced by her resignation from Congress, will likely be "minimal." But despite her call to fill her seat as "quickly as possible," her abrupt resignation will likely result in her constituents being unrepresented for months.

Harman announced she would resign her seat in Congress in order to accept an appointment as the head of the Woodrow Wilson International Center beginning on February 28 at a news conference on Tuesday. She was sworn in to her ninth term representing the 37th district of California last month.

In an interview to be aired on CNN's "John King, USA," at 7 p.m. E.T. Tuesday, Harman revealed the possibility that the special election to fill her seat may be folded into a ballot already planned for this summer, leaving the seat unfilled for a minimum of several months. When Rep. Hilda Solis was nominated by President Obama to become labor secretary in 2009, a special election held to fill her seat cost about $1.5 million, according to the Los Angeles Country registrar. 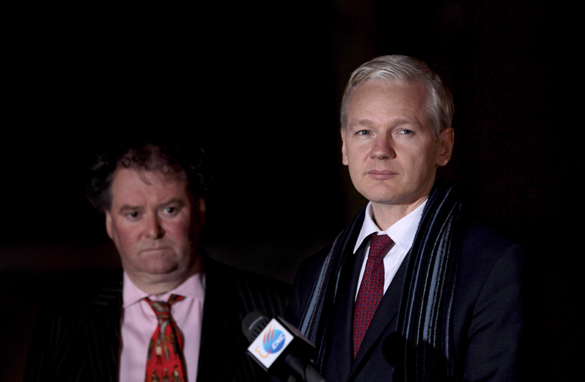 Staff
Chuck Hadad
“In what’s sure to be the highest-grossing buddy comedy of all time, Julian Assange teams up with Susan Boyle.”

Viewer
Kristie Stauff Pittsburgh, PA
Mark Stephens & Julian Assange: "We get that all the time but really we are not Rush Limbaugh & Anderson Cooper."

The remarks by White House Press Secretary Robert Gibbs reflected a growing U.S. dissatisfaction with Egyptian President Hosni Mubarak and Suleiman, the intelligence officer Mubarak chose as his deputy to bring about reforms demanded by protesters who have convulsed Cairo and the Egyptian economy for more than two weeks.

In another sign of U.S. frustration with the pace of reform in Egypt, Vice President Joe Biden, in a phone call Tuesday with Suleiman, pushed for more progress, according to a White House statement.

So far, the Obama administration has been careful to call for democratic reforms in Egypt while also trying to maintain stability in a key Middle Eastern ally that is a vital Arab partner to Israel through the Camp David Accords of 1978.

With detentions, beatings and harassment of journalists and rights activists continuing, and the weekend comments by Suleiman that signaled a shaky commitment to the reforms offered by Mubarak, Gibbs made a point of directly criticizing both the vice president and the Egyptian government in a briefing with White House reporters.

The RidicuList: Rapping on planes