Day 14 of protests in Tahrir Square and the Egyptian government has denied any involvement in the attacks by mobs on peaceful demonstrators and reporters. They say they have no idea how these things happened. But the Egyptian military stood there and let it happen. We're Keeping Them Honest. 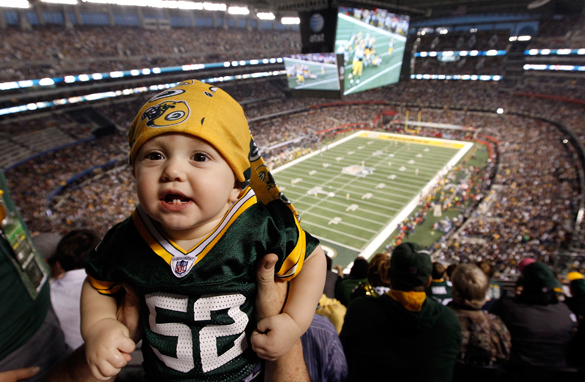 Viewer
Andrew, NJ,
“Good thing I didn't need a seat otherwise I might have been left outside, too."

Video: Day 14 of the crisis in Egypt

Cairo, Egypt (CNN) - As protesters maintained a human chain at Cairo's Tahrir Square on Monday, many insisting they won't budge until President Hosni Mubarak steps down, the country's new Cabinet met for the first time.

The government also shortened the official curfew time, making it from 8 p.m. to 6 a.m. - substantially shorter than it was last week, when the curfew began in midafternoon. In the two weeks of protests, the curfew has not kept crowds from staying in Tahrir Square through the night.

Signs of life returning to normal were spreading Monday, particularly with the reopening of more shops and banks. The Egyptian finance minister said the country will auction as much as 15 billion Egyptian pounds (about $2.5 billion) in treasury bills. A stock market representative said the market will reopen Sunday.

When asked why the country will hold the "imminent" auction during unrest, Radwan said he believes there is an international appetite for the bills because their monetary fundamentals are still strong.

A Google executive who had been missing since January 28 was relased Monday. Wael Ghonim tweeted, saying the new secretary general of the ruling National Democratic Party, Hosam Badrawy, was behind his release. Ghonim wrote that he "asked him (to) resign cause that's the only way I'll respect him."

The 14th day of protests comes after Egypt's vice president, Omar Suleiman, met with representatives of key opposition groups Sunday and offered concessions - including some that, if enacted, could bring dramatic change to the country.

Reporter's Note: The football season is over, but the hard knocks continue in Washington, as do my letters to the White House.

So the big game came and went, the Packers scooped up the trophy, and thus ends another season in the NFL. Overall it seemed like a pretty good game with some big plays, some dramatic turnovers, and at least a chance of it coming right down to the wire. The commercials were entertaining. The Black Eyed Peas? I’m pretty much done with will.i.am, and while I enjoyed the wacky light up costumes, the rest of it just seemed like so much over-hyped prancing about. Seriously, if they didn’t have Auto-Tune do you think they’d even be listenable? At least they were better than The Who. Anyway, like I said…the game was good.

Speaking of which I see that you are talking with the U.S. Chamber of Commerce today, a group with which you have…how shall I put this? An abrasive relationship. I hope it goes well. Seems to me, the thorny problem of balancing the needs of businesses with the needs of regular people is one of the most important ones we face. The business community is certainly right to say that if they do poorly, they won’t create or sustain jobs, and we’ll all pay a price. But it is equally fair to say that biz folks throw that rationale around to justify pretty much anything they want to do.
END_OF_DOCUMENT_TOKEN_TO_BE_REPLACED