It's just before dawn in Cairo, Egypt, and despite a curfew clashes continue in the streets between supporters and opponents of Egyptian President Hosni Mubarak. There are worries it will only get worse when the sun rises in a couple of hours.

Anderson knows all too well the danger. He, his producer and cameraman were attacked by a mob of Mubarak supporters. For several stressful moments they were punched and surrounded by an angry crowd.

Tonight on 360°, Anderson will take you inside that scuffle. They recorded video of the tense encounter near Tahrir Square.

That's just one incident of dozens we witnessed in Cairo. For the past several hours, supporters of Mubarak have also thrown Molotov cocktails and there's been sporadic automatic gunfire.

Anti-Mubarak demonstrators in the square desperate for ammunition were destroying the sidewalks and throwing chunks of cement at their opponents.

Egyptian state television reports three people have been killed and more than 600 others wounded in today's clashes.

We'll take you to one hospital where they're treating the wounded. Some have burns from the Molotov cocktails, others have stab wounds.

We'll also dig into who's responsible for this day of violence and what this all could me for the country, the region and U.S. relations.

And, we’ll have the latest on the massive winter storm that has affected one in three Americans. Tonight Chicago could see wind chill temperatures that hit 40 below zero. The city got a record-breaking 19 1/2 inches of snow. Meanwhile, in Massachusetts, several roofs have collapsed after a day of snow and rain.

Join us for these stories and much more starting at 10 p.m. ET on CNN. See you then. 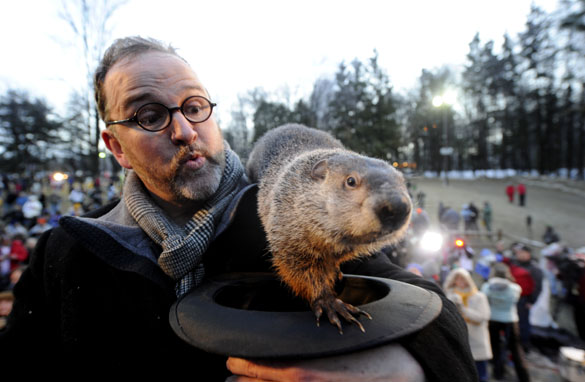 Staff
Sean Yates
"Can I get a ruling here? What does it mean if Phil craps on my shoulder?" 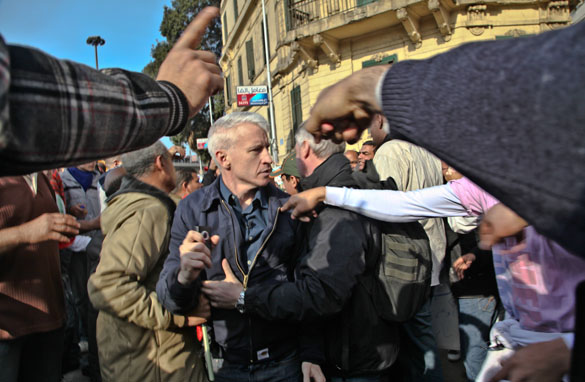 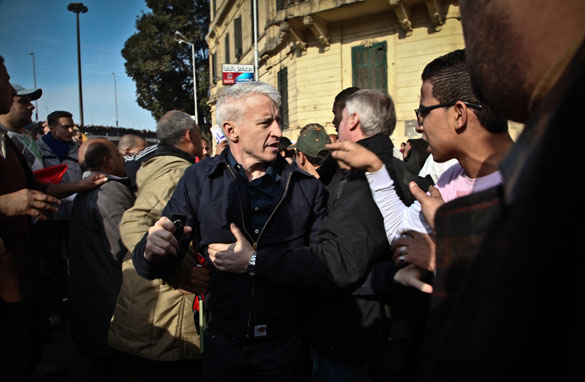 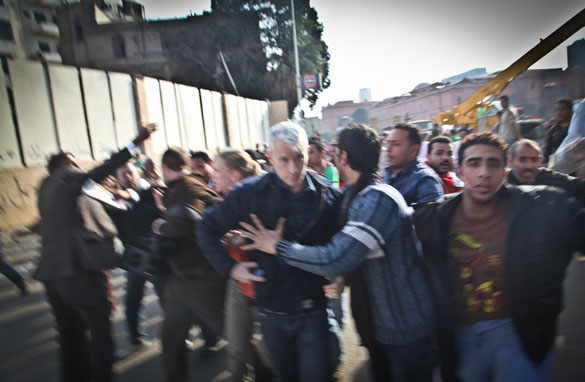 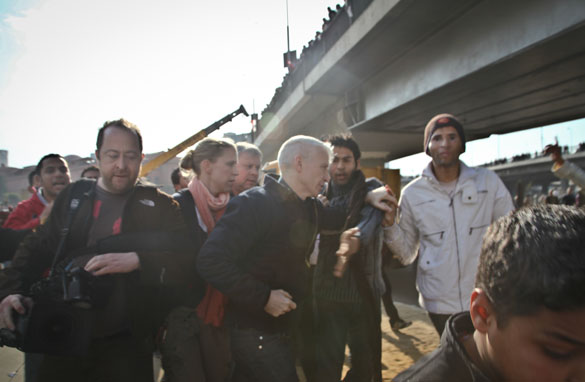 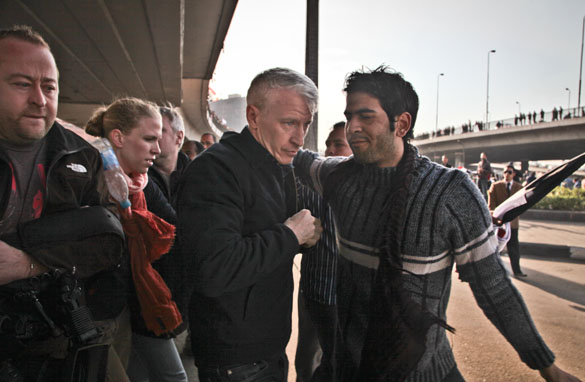 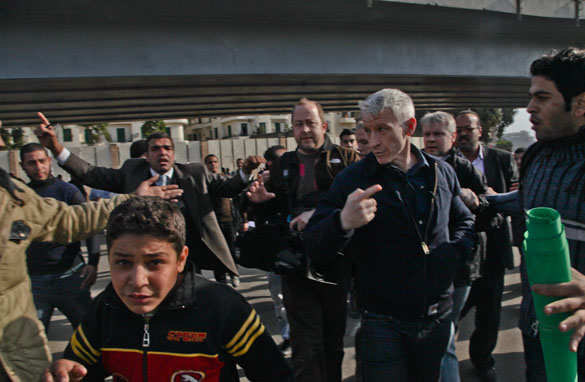 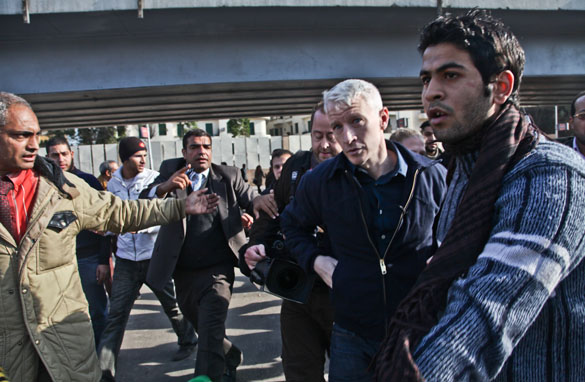