Keeping Them Honest, we're looking into hate radio on this Martin Luther King Junior Day. It's the 25th anniversary of the federal holiday honoring Dr. King, but a radio station owner in Colorado is using the occasion to try to tear down King's legacy. Plus, singer Stevie Wonder is tonight's Big 360° Interview. He helped make the holiday happen. He talks about that and more.

(CNN) - Events around the United States honored the Rev. Martin Luther King Jr. as the nation marked the 25th anniversary of the holiday in honor of one of the country's most prominent civil rights leaders.

President Barack Obama and first lady Michelle Obama marked the day by participating in a service project in Washington.

"This is part of what America is all about," the president said. "After a painful week where so many of us were focused on tragedy, it's good for us to remind ourselves of what this country's all about."

The project was sponsored by Greater DC Cares, a philanthropic group that organized some 2,000 volunteers to participate in public service works, including student mentoring and community painting.

A federal holiday to honor King, who was assassinated in April 1968, was first observed in 1986. In 1994, Congress also designated it a national day of service. 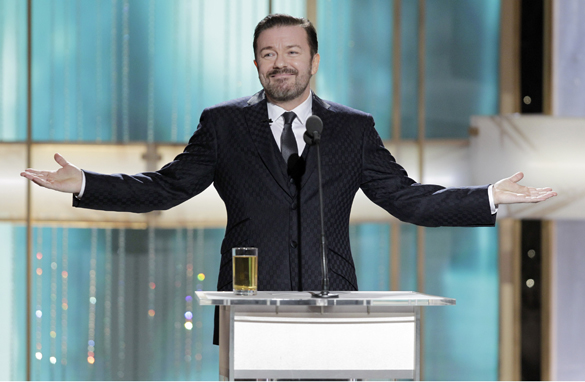 Viewer
Lynda Nelson, BC Canada
"What can I say other than – you like me ... you REALLY like me!!”

Letters to the President: #728 'Cold comfort'

Reporter's Note: The president once made the mistake of suggesting that members of the public should send him advice. I’ve been writing letters to the White House every day since.

I am so sorry to write to you so late today, but it turned out to be a rather eventful weekend that spilled into Monday. In a sentence: The heater in our house went out. Perhaps in the shoulder seasons of autumn or spring that would not be such an issue, but in the dead of winter with the mercury hovering around or below freezing day by day, it is nothing with which to trifle.

We noticed that the furnace was making some odd creaks and groans on Saturday night, but then some ambitious workouts had my wife and I doing the same that evening, so we hoped for the best.

But by the time we came home from church early Sunday it was clear that some part of the system had gone to meet its maker and the temperature in the house was plummeting. No, plummeting is too hard of a word. It was trending downward in an alarming way.
END_OF_DOCUMENT_TOKEN_TO_BE_REPLACED

Editor's note: CNN's new interview show, "Piers Morgan Tonight," premieres tonight with Oprah Winfrey as the first guest, 9 ET on CNN/US. It premieres on CNN International at 9 p.m. ET Monday in the Americas and at 2000 Hong Kong/2100 CET on Tuesday.

(CNN) - Piers Morgan says getting fired was the best thing that ever happened to Piers Morgan.

It didn't seem so at the time, in May 2004. In fact, it was humiliating to be frog-marched out of the offices of London's Daily Mirror by security, his jacket and phone to follow later. He was the editor, the boy wonder they'd brought in to spiff up the tabloid newspaper.

"It was pretty unnerving," Morgan recalled. "I'd spent my whole career, nearly 20 years on Fleet Street, and then one minute you're there and the next you're gone."

"What the hell am I going to do now?" he asked himself.

He gathered up his mates and drowned his sorrows in liberal doses of alcohol. He collected a healthy severance and a fat advance for his tell-all "diaries." He told anyone who would listen it would take him five years slaving away as a newspaper editor to make that much money.

And then he set about reinventing Piers Morgan.

Now, at age 45, Morgan is again being cast as the boy wonder. Tonight, he takes over CNN's 9 p.m. time slot, vacated in December by Larry King.

The hyperbolic Oprah Winfrey, his first guest on "Piers Morgan Tonight," said their taped chat was her toughest interview in 20 years. "We all just went, 'Woo, what was that?' I'm not kidding. I was surprised," she told reporters at a red carpet event for the launch of her new network, OWN.

"Of course I'm a little apprehensive," Morgan said of his show's debut. "But the adrenaline's flowing." He said he's confident but added, "We'll all be watching the numbers."

If you, like many Americans, are asking "Who is this guy?" you're about to find out.

Related on the Marquee Blog: This is what happens when Pee-Wee and Andy Samberg drink