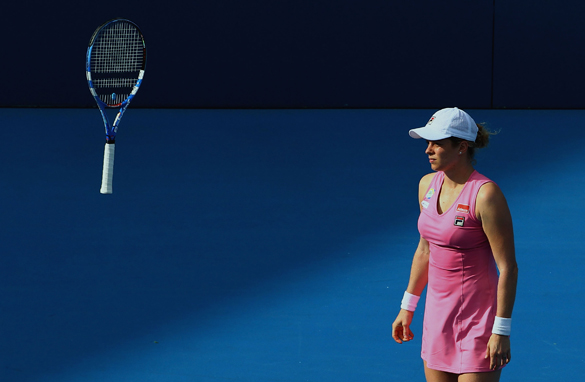 Kim Clijsters of Belgium throws her racket in her match against Alisa Kleybanova of Russia during day five of the 2011 Medibank International at Sydney Olympic Park Tennis Centre on January 13, 2011 in Sydney, Australia. (Photo credit: Mark Nolan/Getty Images)

Viewer
Amber
“"Ms. Clijsters demonstrates her impressive skills with the Force: ‘Do or do not; there is no try.’”