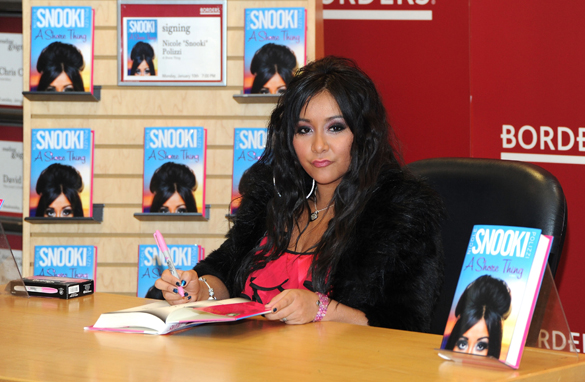 Staff
Candy Crowley
“Snooki Stumped By Request For Her Autograph”

Viewer
Ryan, Las Vegas
“It's really hard to sign these books without spell-check.”