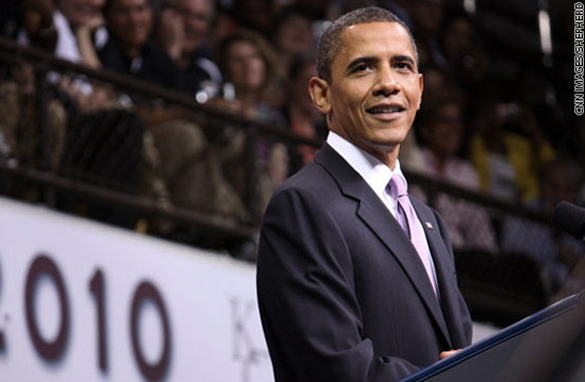 But a CNN/Opinion Research Corporation survey released Wednesday also indicates that while a majority of the public says Republican control of the House of Representatives is good for the country, only one in four say the GOP will do a better job running things than the Democrats did when they controlled the chamber.

Sixty-one percent of people questioned in the poll say they hope the president's policies will succeed.

"That's a fairly robust number but it's down 10 points since last December," says CNN Polling Director Keating Holland. "Twelve months ago a majority of the public said that they thought Obama's policies would succeed; now that number has dropped to 44 percent, with a plurality predicting that his policies will likely fail."

The survey suggests that Obama's ace-in-the-hole remains his personal popularity. CNN poll numbers released last week indicate that 48 percent of all Americans approve of how Obama is handling his job as president, but the new survey puts his approval as a person at 73 percent.