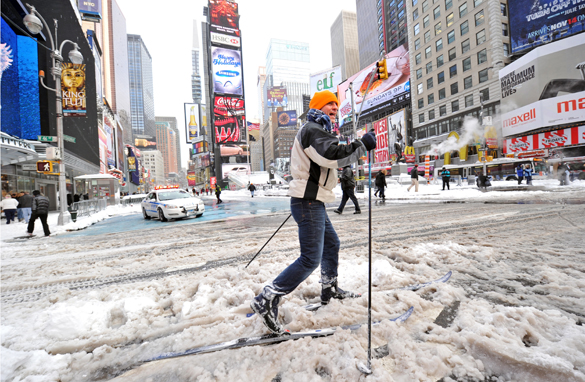 A man who gave his name as Marcus cross country skis through snow in New York's Times Square December 27, 2010 after a blizzard dropped 18 to 20 inches of snow in the area. (Photo credit: Stan Honda/AFP/Getty Images)