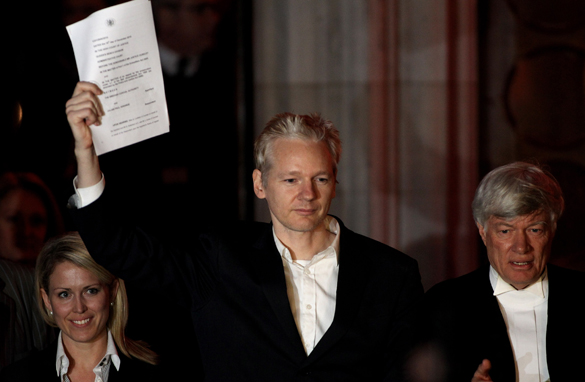 WikiLeaks founder Julian Assange, center, speaks to reporters as he leaves The High Court on December 16, 2010 in London, England. Assange was released after being granted bail by the High Court. (Photo credit: Oli Scarff/Getty Images)

Viewer
Derek Reid, Seattle, WA
"I have Santa's list. Soon we'll all know who's been naughty and nice!"