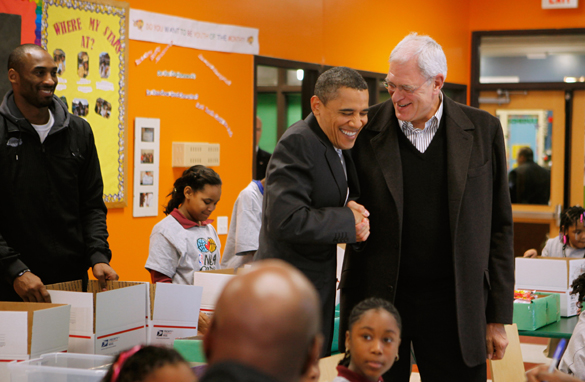 Staff
Kirk McDonald
"Yeah, I thought it was pretty funny when he cried on '60 Minutes' too."

Viewer
Bill, Plano, TX
Phil: "You're a good sport Mr. President, considering out of the adults in this room, you are the 3rd most popular, lowest paid and least likely to have a job in two years."