Mexico beefs up its security operation in the northeast

Mexico City, Mexico (CNN) - The Mexican government announced Wednesday it was strengthening its security operation in the country's drug-riven northeast by sending more soldiers and federal police to the states of Nuevo Leon and Tamaulipas.

Alejandro Poire, security spokesman for the federal government, said the goal of the movement was to keep criminals from regrouping, according to the official Notimex News Agency.

But the report did not say how many forces would be involved.

The region has been the scene of bloody battles between the Gulf cartel and the Zetas. Tamaulipas is the state where 72 Central and South American migrants were found killed in August.

Poire said Mexican authorities have dealt strong blows that have weakened the groups but the violence has shown little sign of abating.

In response to the announcement, the governor of Tamaulipas, Eugenio Hernandez; and the governor of Nuevo Leon, Rodrigo Medina, promised to present a common front with federal authorities in the fight against organized crime, Notimex reported.

Both leaders also demanded actions to reduce social pressures along the northern frontier and to reduce the traffic of arms toward the south.

The Birthers are Back: Join the Live Chat

The U.S. Supreme Court has rejected a case about President Obama's citizenship, but a Texas lawmaker isn't listening. He has a new bill based on birther doubts about where Mr. Obama was born. How does he reconcile his birther beliefs against the facts? We're keeping him honest. Plus, tonight's other headlines. 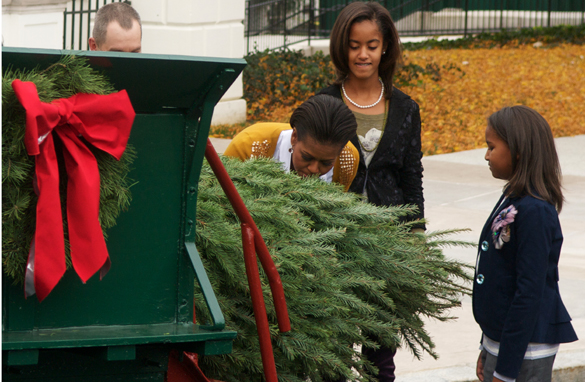 Viewer
John Farley, NYC
"Organic dietary fiber, it's part of my healthy food campaign. And you're going to like it."

(CNN) - Three days after the arrest of a suspected terrorist in Portland, Oregon, Mayor Sam Adams is rethinking a decision he made five years ago not to participate in the FBI's Joint Terrorism Task Force, according to officials.

Apparently the mayor was so impressed with how well they city's police worked with the FBI to capture Mohamed Osman Mohamud, he has requested a meeting with federal officials to discuss the matter, said communications director Roy Kaufmann.

The 19-year-old was arrested Friday after he attempted to detonate what he thought was a vehicle bomb near a tree-lighting ceremony in Portland's Pioneer Courthouse Square, law enforcement officials said.

Kaufmann said concerns over civil rights issues led to Adams' decision not to become a member of the regional joint task force, which is composed of representatives from local, state and federal agencies.

"It's a very precarious battle between civil rights and security," said Kaufmann, "and we want to make sure that people's civil rights are not violated."

New leadership in the Justice Department and the White House has been cited as a reason for the mayor wanting to revisit his decision, Kaufmann said.

Washington (CNN) - Among the volumes of diplomatic communications released by WikiLeaks are frank observations about the character of world leaders, their quirks and their weaknesses.

In an initial review of the documents turns up a number of observations from U.S. staffers that provide unusual insight into foreign leaders' thinking and behavior, from "voluptuous" companions to attention-seeking personalities.

Video: Obama 'not pleased' with disclosure