Letters to the President: #661 'The lasting lessons of our veterans' 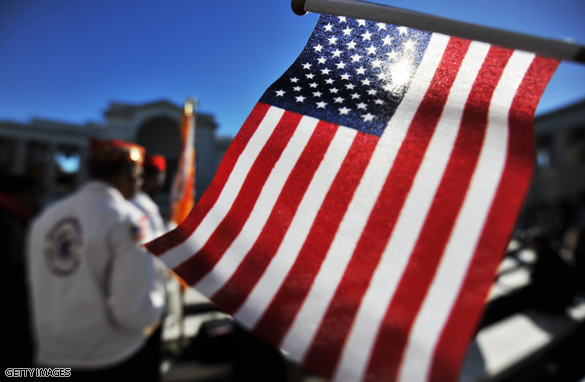 Reporter's Note: President Obama celebrated Veterans Day during his travels. I’m marking it with my latest letter to the White House.

I appreciated your tribute to our veterans this year even a little more than usual since you made special mention of the Korean War vets. They are often somewhat overlooked and they included my father, so thanks.

In junior high, in Sullivan, Illinois, I was lucky enough to be taught by a WWII veteran. George Casleton was eccentric, brilliant, kind and sharing in ways that define the very essence of a great teacher. He was one of the best I knew. And without a doubt one of the things that made him great was his time in the service, marching through the streets, fields, and forests of Europe, rifle in hand.

Often in the middle of class, no matter the subject, Mr. Casleton would recall a war story and he would break off to tell it - the time they captured some German soldiers in a barn, when he fired a grenade at a small building or the occasion when one rolled down a hill toward him and he thought he would surely die only to hear it explode with an innocuous little pop.

What I did not recognize then, but do now, is that he was really sharing much more than the adventures of a once young man at war. He was giving us lessons in life. And that, I think, is the second greatest gift of our veterans to us all. Certainly we owe them eternal thanks for the dangers they braved and the sacrifices they made to secure our freedom and the rights of people around the world.

But we should also recognize the unending examples they have given us of teamwork, honor, responsibility, and commitment. Our veterans have shown us time and again how important it is for each person to do his or her duty; to tackle the little, unglamorous jobs alongside the heroic ones. They have demonstrated what it means to put the good of all over the good of self. Every veteran I’ve ever known readily scoffs at the idea that they are somehow above other people; they know that through the course of their lives they will make the same mistakes that many of us do. But in the process, they must be given credit for having thrown themselves headlong into the reality of what it means to live and die for a principle.

I know this sounds old-fashioned and sentimental, and maybe for some of our countrymen such talk is quaint at best, archaic at worst. Not for me. I think the freedom we have to even contemplate such notions has been secured time and again by young Americans who were willing to face down the guns and bombs of enemies. No reasonable person wants war, but no responsible person can ignore its presence in the world.

That’s another lesson I learned from Mr. Casleton, and all the veterans I have known.

So my hat is off to them, today and every day I live free.