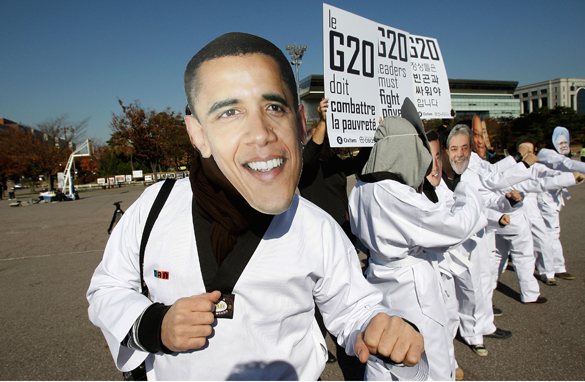 Anti-G20 activists from Oxfam wear masks depicting the G20 leaders during a rally on November 10, 2010 in Seoul, South Korea. World leaders will converge on Seoul for the fifth meeting of the G20 group of nations to discuss the global financial system and world economy. (Photo credit: Chung Sung-Jun/Getty Images)

Staff
Steve Brusk
“The guy next to me won the coin flip, and gets the Hillary mask…"

Viewer
Vickie from the Show Me State
“People are two-faced everywhere you go!"