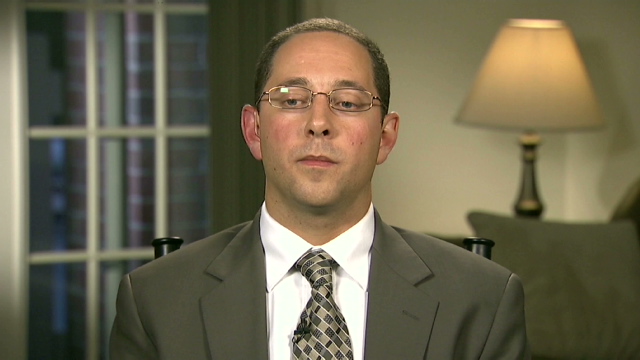 (CNN) - An assistant attorney general in Michigan has been fired, weeks after coming under fire for targeting an openly gay University of Michigan student online and in person, Attorney General Mike Cox said Monday.

Shirvell's lawyer, Philip J. Thomas, acknowledged his client's termination but did not add anything further. Deborah Bond, the attorney for university student body president, Chris Armstrong, said she and her client "had no comment."

In late September, Cox defended Shirvell's authoring of a blog titled "Chris Armstrong Watch" that railed against the "radical homosexual agenda" of Armstrong.

"Here in America, we have this thing called the First Amendment, which allows people to express what they think and engage in political and social speech," Cox told Anderson Cooper on CNN's "AC 360." "He's clearly a bully ... but is that protected under the First Amendment of the United States Constitution? Yes."

Shirvell's dismissal stemmed from actions "unbecoming a state employee" that went beyond the blog, Cox said in Monday's announcement.

Cox said he wasn't firing Shirvell for "exercising ... First Amendment rights, (however) unpopular (the) positions might be," but for persistent and personal harassment.