Clinton asked Meek to drop out

(CNN) – Former President Bill Clinton last week tried to persuade Florida Democratic Senate candidate Kendrick Meek to drop out of the three-way contest, according to a report by Politico that was confirmed by CNN.

A senior Democratic official told CNN that the White House was aware of Clinton’s negotiations, and that Democrats believed the move would prevent Republican candidate Marco Rubio from winning the Florida Senate seat.

As part of the deal, Republican-turned-independent Gov. Charlie Crist would then caucus with Democrats in the Senate. Meek was considering the option until two days ago, but the deal eventually fell apart, according to the source.

Another Democratic source familiar with the talks said there was concern about push back in the African American community if Meek dropped out. 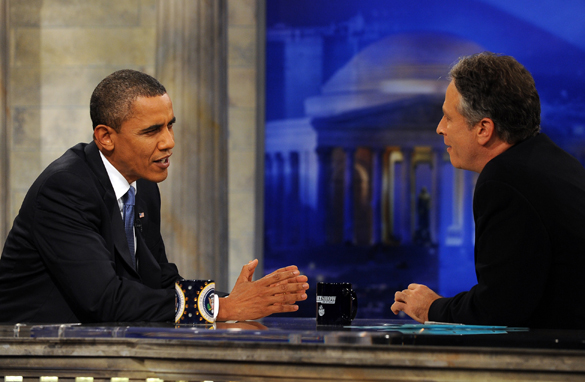 Letters to the President: #647 'The voter fraud watch'

Reporter's Note: President Obama brought lots of people out to vote two years ago who previously had not done so which also brought out critics intent on finding voter fraud.

I am assigned to look into allegations over voter fraud next week, so I have been reading up on the subject, and I must say it is abundantly clear from the get-go that there is no winning on this one. Whenever there is an allegation of a problem and an ensuing investigation, the best I can make out is that there will be one of two outcomes.

(CNN) - The Arkansas Department of Education has condemned anti-gay comments made by a local school board member and posted on a social networking site.

Midland School District Vice President Clint McCance wrote on his personal Facebook page that he wanted gay people to commit suicide, according to The Advocate, a newspaper focusing on gay news. McCance used the terms "queer" and "fag" repeatedly, promised to disown his own children if they were gay, and stated that he enjoys "the fact that [gay people] often give each other AIDS and die."

A strongly worded statement signed by Dean Stanley, superintendent of the Midland School District, disavowed the remarks. "The district strives to foster an environment that discourages all forms of bullying," the statement read, "and an environment that encourages a safe and productive educational climate of all of our students. The district is very diligent in pursuing and addressing bullying of any variety on our campuses."

A separate statement sent to CNN by Julie Thompson, director of communications for the Arkansas Department of Education, said the department is "dismayed to see that a school board official would post something of this insensitive nature on a public forum like Facebook."

Because McCance is an elected official, the department cannot deal with him directly, according to the statement. But staff will be monitoring schools to provide a quick response in case students are bullied because of McCance's comments, it said.

The posts were made, according to The Advocate, in response to a bullying awareness campaign sponsored by GLAAD, the Gay and Lesbian Alliance Against Defamation. The "Spirit Day" campaign aimed to foster recognition of bullying directed at gays and the effects it can have on young people through a series of events held on October 20

(CNN) - Let’s start with a simple truth: There are so many dirty races out there right now, that it would be impossible to call one the dirtiest. The fight between Republican challenger Sharron Angle and Democratic Sen. Harry Reid out in Nevada, for instance, has been worse than a bare knuckle brawl on a Saturday night. But then, the scrap down in Florida between Dem Rep. Alan Grayson and his challenger, Republican Dan Webster, has hardly been an afternoon at the zoo either.

There is a reason that so many independent observers of elections are saying this is at least as nasty as any they have ever seen, and maybe more so. So without picking a favorite, it is worth considering just how brutal it has been by checking in on a few of the contenders for top honors in the race to the bottom.
END_OF_DOCUMENT_TOKEN_TO_BE_REPLACED

Here's something to think about when you step into the voting booth and vote for a third-party candidate - Is he, or she, really a legitimate candidate, or just a bogus one, put on the ballot to help one of the other two? We're looking into allegations of fake tea parties and stealth candidates. Plus, tonight's other headlines.