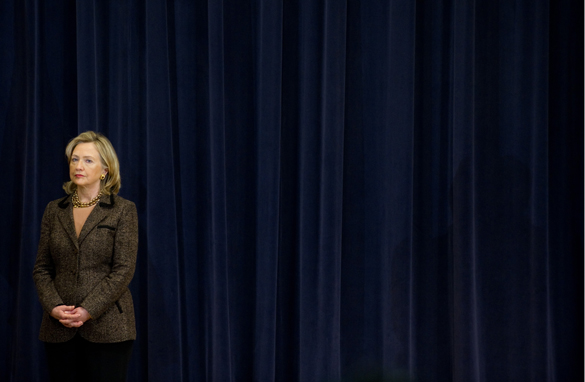 Secretary of State Hillary Clinton attends a signing ceremony for an agreement to reduce poverty through economic growth in Jordan at the State Department in Washington, DC on October 25, 2010. (Photo credit: Saul Loeb/AFP/Getty Images)