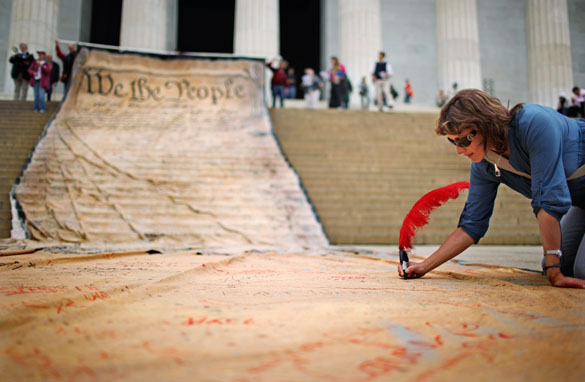 A woman signs a giant banner printed with the Preamble to the United States Constitution during a demonstration against the Supreme Court's Citizens United ruling at the Lincoln Memorial on the National Mall October 20, 2010 in Washington, DC. (Photo credit: Chip Somodevilla/Getty Images)

Staff
Eli Lazar
“Ms O’Donnell, I circled the Amendment for you.”

Viewer
Wyatt Knight, NY
“Ironically, the Constitution is too big to fail.”