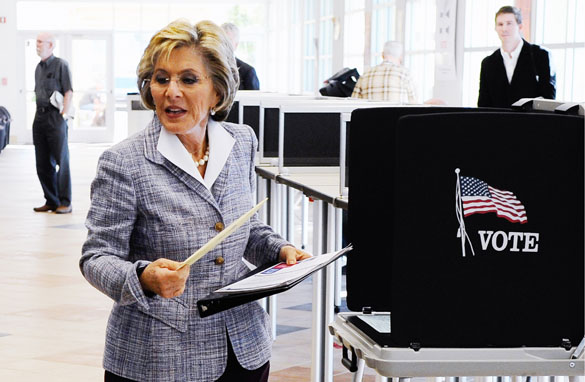 Viewer
Kevin Toronto
"Boxer isn't sure if she is more excited about being on the ballot or the possibility of winning first prize at an early Halloween party dressed as Hillary Clinton."