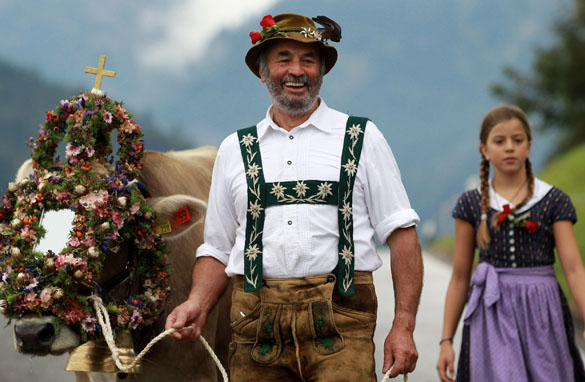 In a ceremonial cattle drive, farmers lead cattle down from the mountains on September 10, 2010 in Oberstaufen, Germany. (Photo credit: Miguel Villagran/Getty Images)

Staff
Chuck Hadad
"Finding the pressure overwhelming in the United States, Pastor Terry Jones retreats back to Germany with the entirety of his 2 member flock."